Some of the greatest friendships form when men and women come together to serve their country in the Armed Forces. Whether you served in peacetime or in times of war, there’s a certain brother and sisterhood that is shared only by the men and women of the United State’s Military.

Reconnect with your military family with a reunion in Rapid City, South Dakota. Centrally located to many patriotic sites, including Mount Rushmore National Memorial and The City of Presidents in Downtown Rapid City.

Along with Mount Rushmore, you’ll also find a strong military presence and history. Ellsworth Air Force Base, home to the 28th Bomb Wing's B-1B Lancers, is located on the eastern side of Rapid City. For decades Ellsworth has been a part of protecting the United States and her allies. The South Dakota Air & Space Museum, the Minuteman Missile National Historic Site, the Black Hills National Cemetery, and historic Fort Meade are also all located within minutes of Rapid City.

Patriotic Sites In And Around Rapid City 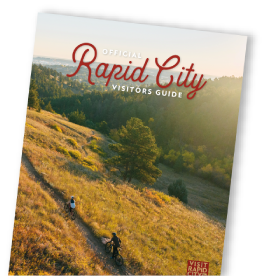