Admire Minerals, Fossils and More With A Free Visit To The Museum Of Geology | VisitRapidCity.com Skip to main content

Admire Minerals, Fossils and More With A Free Visit To The Museum Of Geology

Emily moved to the Black Hills six years ago after growing up in Vermont. She loves the geography and geology of the area and the variety of outdoor activities to pursue. Always fascinated with science and the natural world, Emily has found a passionate for STEM education and outreach and works to make quality STEM experiences accessible to all communities in South Dakota.

The Museum of Geology, located on the campus of the South Dakota School of Mines and Technology, has been an active part of the Rapid City community for nearly a century! The Museum was founded in 1885 along with the university, but did not open to the public until 1923. In its first year of public access the Museum of Geology attracted 4,000 visitors! Since then the Museum has remained free and open to the public, and now attracts nearly 30,000 visitors a year. Community members and tourists can visit the museum to learn about local paleontology and geology from well versed South Dakota Mines students year-round. Current hours are always up to date on the Museum’s website. 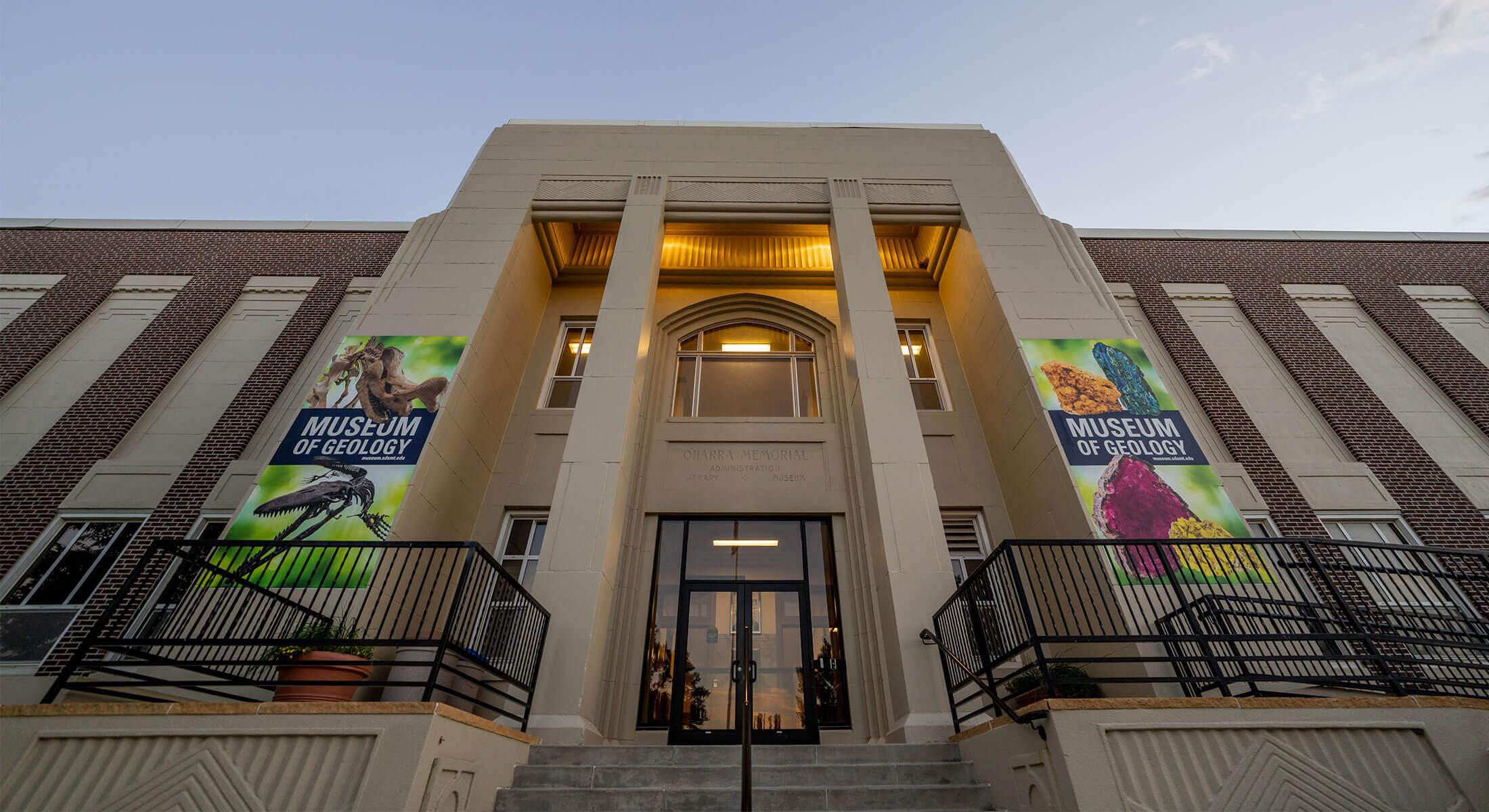 Though the Museum showcases mineral and fossil discoveries from all over the world, the real highlights are the locally relevant items. Come marvel at the Badlands Fossil Dioramas on the south wall of the exhibit hall. This exhibit showcases fossils found in the Badlands area in South Dakota. The dioramas were added to the museum in 1961 and 1962 by fossil preparator Harold Martin and artist Alyss Beebe. Few modifications have been made in the intervening 60 years since these displays have held up well both physically, and as an educational resource. The Badlands dioramas include fossils of ancient camels and horses, as well as lesser-known mammals that roamed the North American Continent 30 million to 6 million years ago. Highlights include the Brontothere (the Museum’s mascot), an Archaeotherium, and a pregnant oreodont. 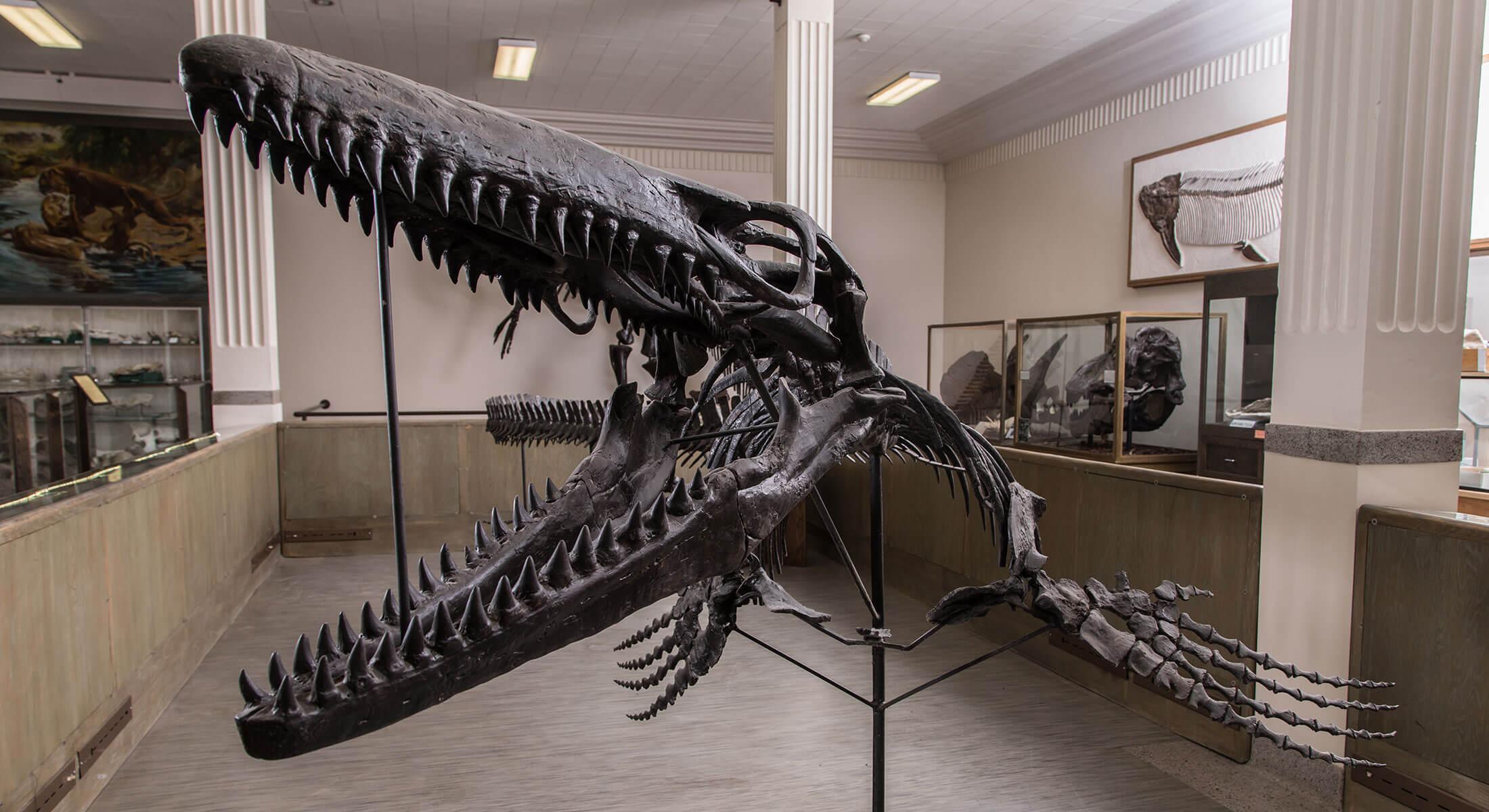 Sometimes, the origin story of a specific fossil can be as exciting as the fossil itself. For example, a number of the largest fossils in the museum were found by members of the public! The mammoth skull displayed in the museum was found by a family excavating to add a shed to their property north of Mina, South Dakota. The Mosasaur at the museum was found by a high school student walking home from school in Frederick, SD at the spillway of the Elm Lake Dam. Visitors at the museum can learn about these stories of discovery and learn about the proper steps to take if they were ever to make a discovery of their own. The responsible actions of past generations have helped the museum develop its educational and research collections and inspire new generations of paleontologists and geologists. Educational tours of the museum are available free-of-charge and allow groups to get a more in-depth interpretation of the museum, including some of the stories behind the exhibits and how to be a responsible citizen-scientist when out exploring our area’s geological landscapes. 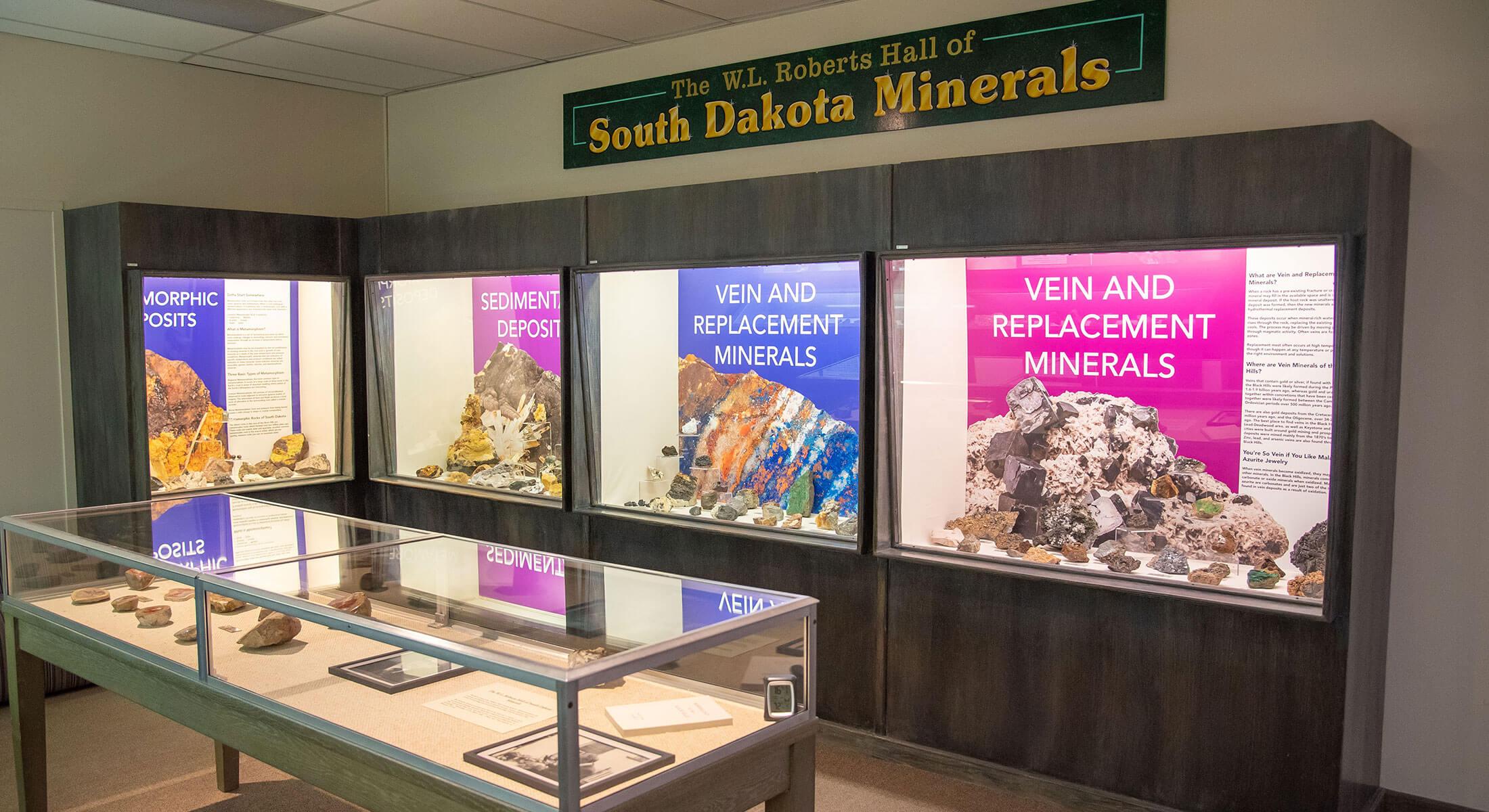 The museum also features an extensive collection of minerals from here in South Dakota! The Black Hills are rich in mineral resources, and not just gold. In Robert’s Hall of Minerals you can view the state gem (the Fairburn Agate) and the state mineral (Rose Quartz) as well as many of the nearly 300 mineral varieties that have been identified in the Black Hills. Much of the local mineral collection was added to the museum by researcher and curator Willard Roberts in the 1960s and 1970s. Local rock and mineral enthusiasts will also recognize him as the author of the Mineralogy of the Black Hills (1965). 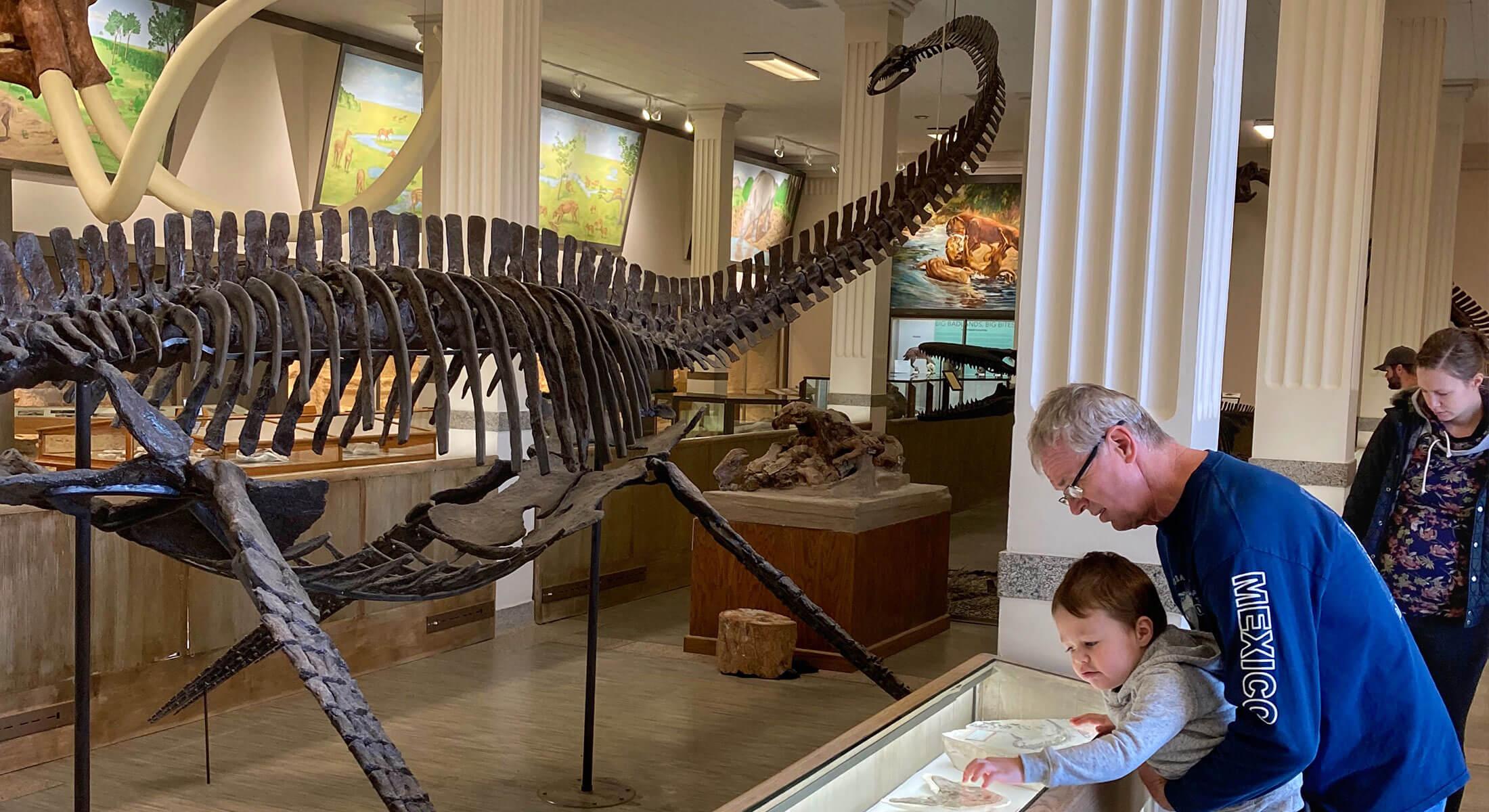 These days, the Museum of Geology is still actively involved in paleontological research. Museum visitors can stop by the Paleontology Research Lab while on campus and catch a glimpse of students and staff working on fossil preparation through the lab viewing windows upstairs. The museum’s public education efforts include weekly story hour for young kids, annual educational events, rock and fossil identification services, tours, classroom visits, and other events in the community. Other things to enjoy while you’re touring the beautiful South Dakota School of Mines and Technology campus include grabbing a coffee or tea in the Einstein Bagel Bros in the newly renovated library, or hiking the new Rocker Trail on the hills behind campus!

A Day In Downtown Rapid City