Fascinating Military History You Can Experience In Rapid City

A Rapid City vacation goes beyond outdoor exploration at area parks and monuments, above the thrilling heights found at area attractions, and deeper into historic events that will capture everyone’s attention. We’re a great destination for those intrigued with military history and the evolution of aircraft technology. If that’s you, here are some places you need to explore and why. 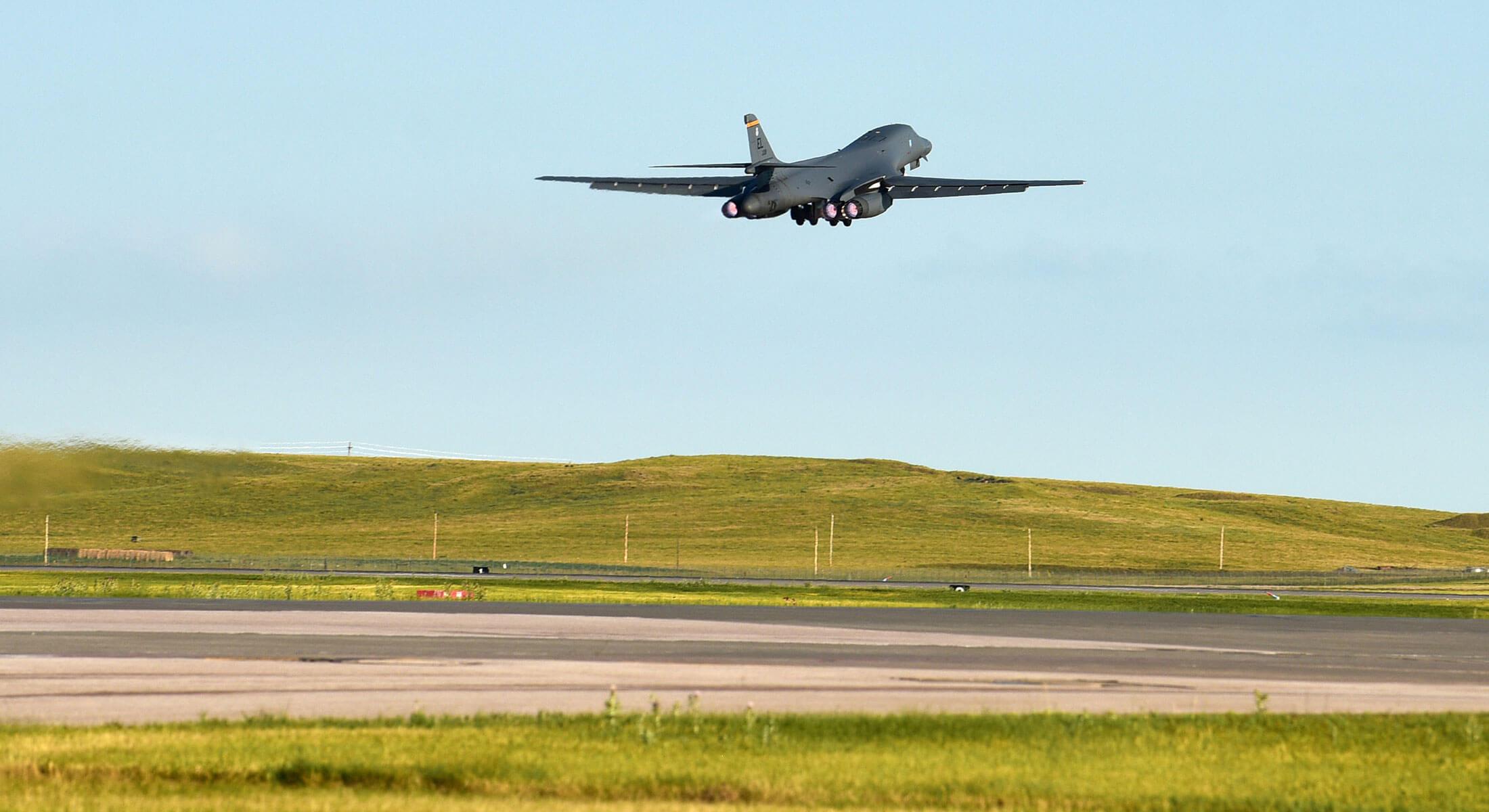 Ellsworth Air Force Base is located on the outskirts of Rapid near our neighboring community of Box Elder. The host unit at Ellsworth is the 28th Bomb Wing who have the mission to “provide combat power, anywhere, anytime, through its employment of the only aircraft in the Air Force’s arsenal capable of carrying the largest conventional payload of both guided and unguided weapons”.

The History of Ellsworth:

It all started in January of 1942, when the U.S War Department established the Rapid City Army Air Base at the site where the original Rapid City Airport was located. The base was created as a training location for the B-17 Flying Fortress. In 1947, after WWII, the base briefly trained weather reconnaissance and combat squadrons using different aircraft. After those missions ended the Rapid City Army Air Field temporarily shut down for six months. When operations resumed in 1947 the base belonged to the United States Air Force and was the primary unit assigned to the 28th Bombardment Wing flying the B-29 Superfortress. These planes were considered the leading edge of strategic air power at the time. Over the years the installation changed names a few more times and underwent facility expansions and improvements to transition to planes like the B-36 Peacemaker, then the B-52 Stratofortress, before becoming the new home of the B-1B Lancer in 1986. You can find more information about the aircraft of the 28th Bomb Wing here and witness a few of them in person at the South Dakota Air & Space Museum located near the base (more on that below). On June 13, 1953 the base was renamed one last time by President Dwight D. Eisenhower who made an in-person visit to the base to dedicate its new name in memory of Brig Gen Richard E. Ellsworth. Ellsworth was commander of the 28th Strategic Reconnaissance Wing who died in a crash in Newfoundland with his RB-36 crew of 23 while doing an exercise in Europe.

In 1960, Ellsworth entered the “Space Age” when the first intercontinental ballistic missile squadron was assigned. The 44th Strategic Missile Wing was activated in 1962 working with the Titan I missile, which quickly became obsolete after the 150 Minuteman missile, and then the upgraded Minuteman II missile. The 44th Missile Wing of Ellsworth Air Force Base was deactivation in the 1990s.

This is a very brief and very civilian summary of the impressive history of Ellsworth. Over the years the base has undergone many changes, upgrades and additions to become vital to the community and the continued innovation of Air Force technology. As we look to the future of the base, after the recent announcement of Ellsworth becoming the main operating base of the next-generation nuclear bomber the B-21 Raider, we can only expect to see more growth. 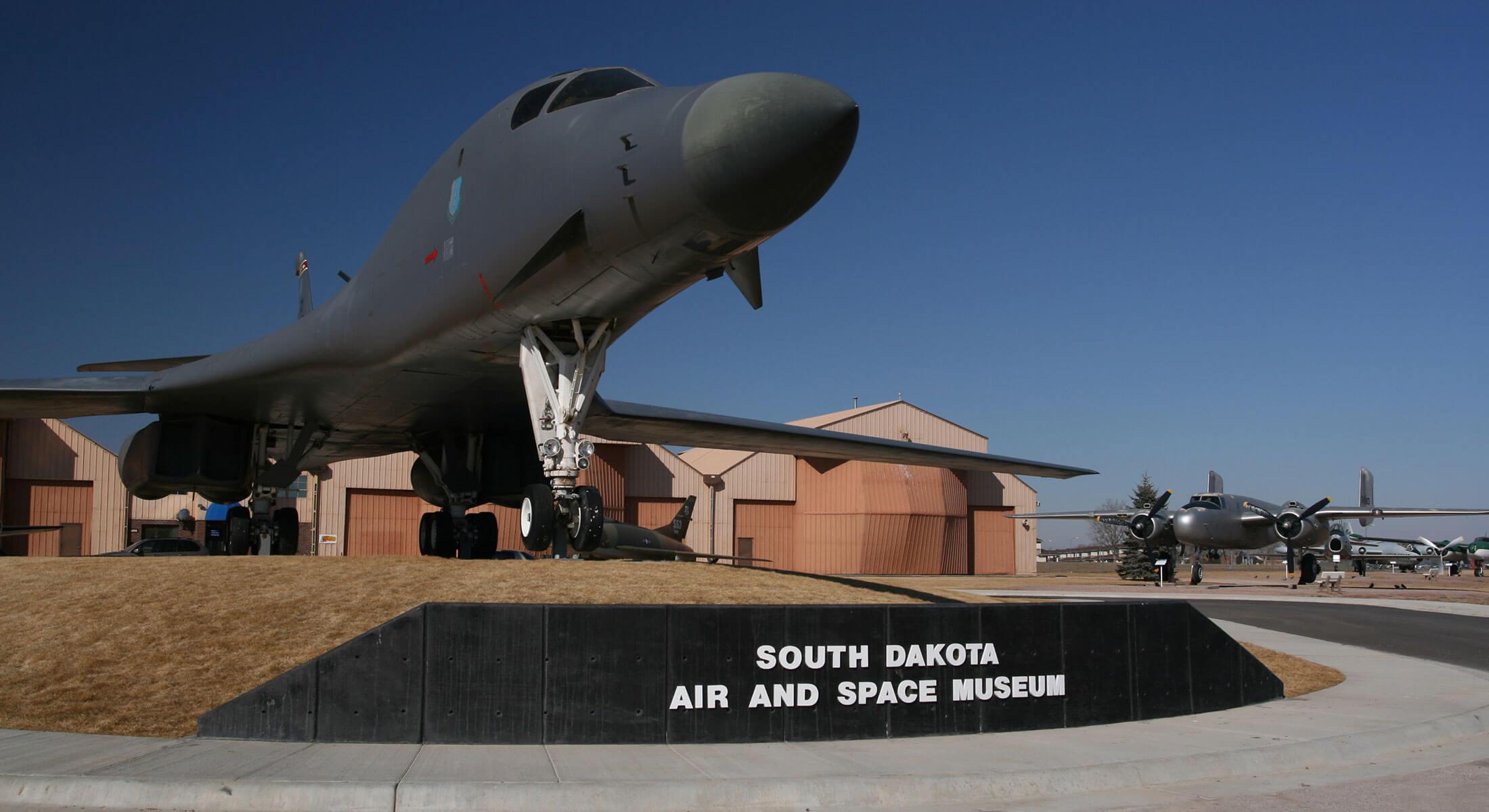 If you’re fascinated by the history of Ellsworth and aviation mentioned briefly above, you’re going to love visiting the South Dakota Air & Space Museum. This free museum, neighboring the base, offers indoor and outdoor exhibits that together showcase over 30 different aircraft including the B-29 Superfortress, the B-52 Stratofortress, and the B-1B Lancer all of which were once flown from Ellsworth. On top of their impressive exhibits of planes and missiles, the museum does an outstanding job of showcasing aerospace technology, Cold War history, highlighting aviation pioneers and providing more history on Ellsworth Air Force Base. Interactive museum features include a flight simulation in a B-1B bomber cockpit and offensive/defensive system operators’ simulator.

Add other fascinating military history stops to your vacation: 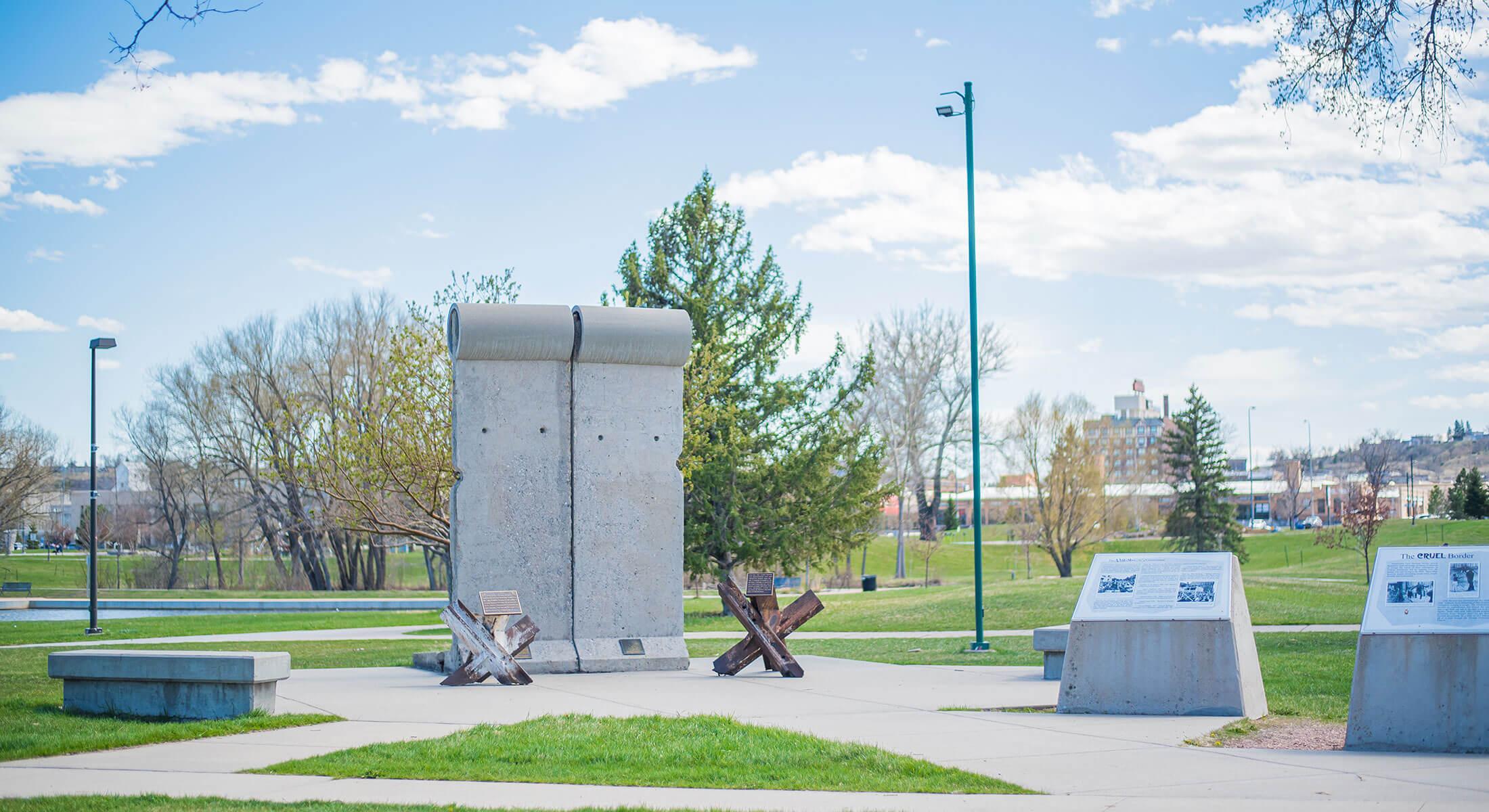 Minuteman Missile National Historic Site is located near Badlands National Park and is the only historic site run by the National Parks Service that is related to the Cold War. Today it serves as a reminder of what could have happened and will transport you back in time to the Cold War Era.

See a piece of the Berlin Wall in Memorial Park in Rapid City. Ellsworth Air Force Base contributed bombers to the 1940s Berlin Airlift humanitarian mission.

What To Do At Crazy Horse Memorial

The Captivating Story Of A Popular Rapid City Attraction