Things To Know About Our Area Parks And Monuments | VisitRapidCity.com Skip to main content

Things To Know About Our Area Parks And Monuments

Wonder what it's like to surround yourself with endless opportunities for adventure and new discoveries? Rapid City is encompassed by national parks, memorials and state parks that will hit everything on your vacation wish list. Within a sixty-minute drive you could be exploring these seven unique places, and we've got the quick tips you need to know about each. 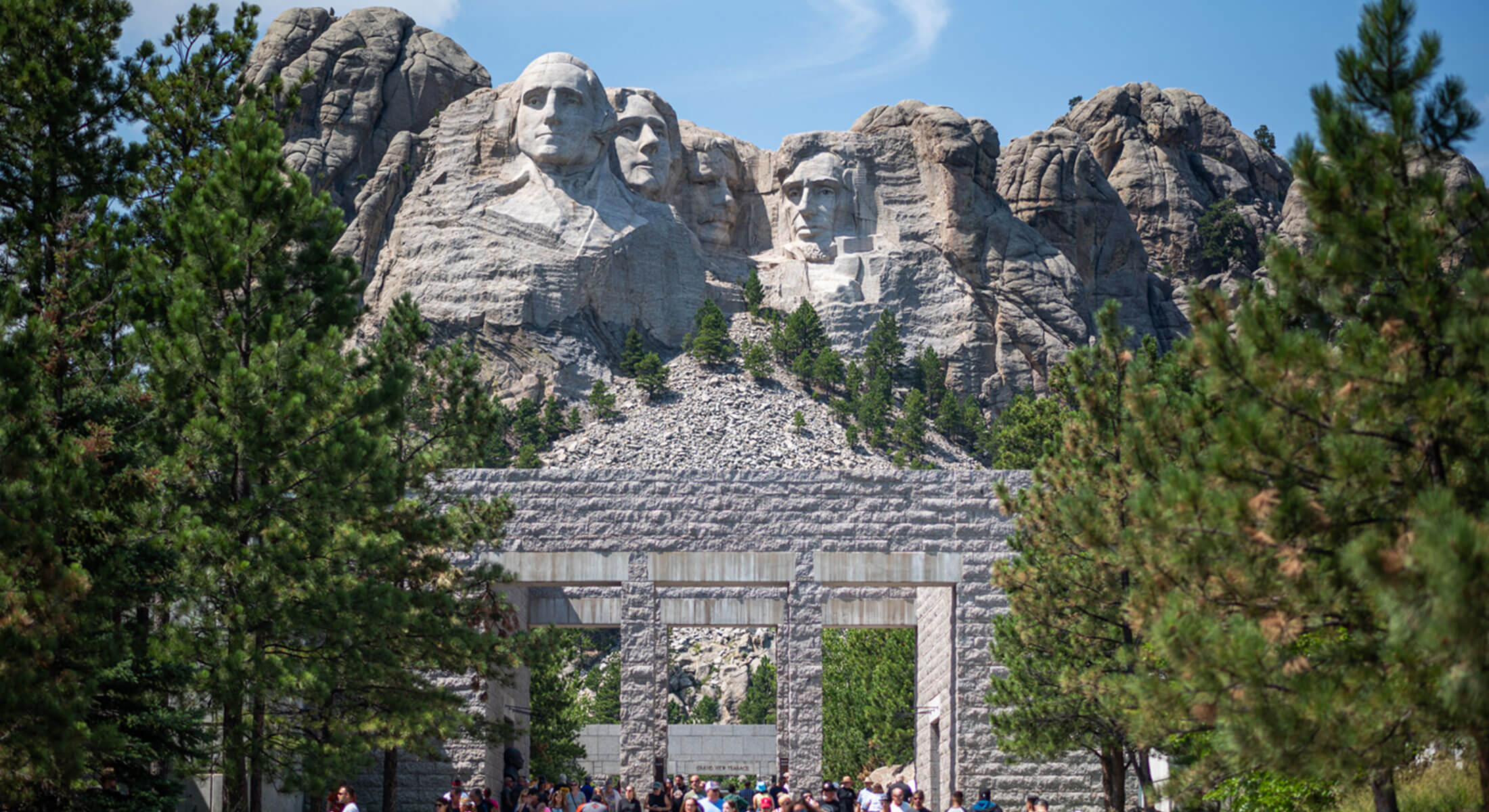 What you need to know: These four 60-foot faces were carved into a mountain side by nearly 400 workers using 90% dynamite. Plus, it was completed in 1941 which makes it a truly astonishing feat.

Why people go there: Mount Rushmore is known as one of the most iconic landmarks in the world. People come here not only to stand in awe at this amazing mountain carving, but to also learn about our nation’s history and culture.

Fun Fact: Borglum planned to create a large room within the mountain to hold documents and artifacts important to American history. Although construction on the room was halted by Congress in 1939, and it isn’t accessible to the public, there is a tunnel in the mountain behind Abe Lincoln that holds a repository of records in the floor of the entry.

Travel Time: It’s about a 30 minute drive from Rapid City! 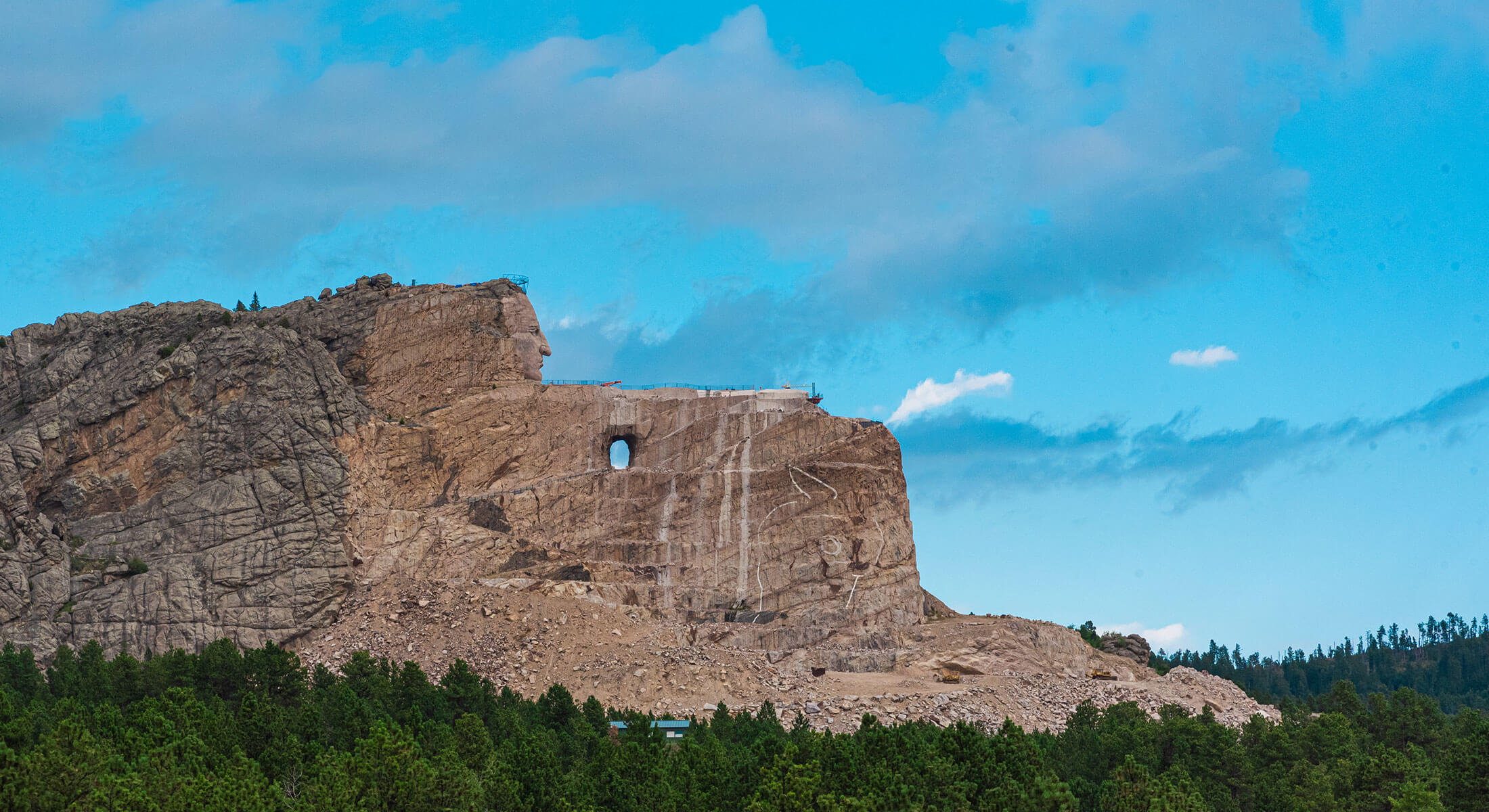 What you need to know: When it is finished, Crazy Horse Memorial will be the largest mountain carving in the world. The entire carving is 641 feet long and is privately funded through admissions and contributions, they don’t accept federal or state funding.

Why people go there: The mission of Crazy Horse Memorial Foundation is to protect and preserve the culture, traditions and living heritage of the North American Indians. While visiting you can witness live Native American dances, learn about Crazy Horse, or if you come in the spring or fall you can participate in the annual Volksmarch allowing you to walk out onto the arm of Crazy Horse!

Fun Fact: All four faces on Mount Rushmore can fit in the side profile of Crazy Horse’s head.

Travel Time: About a 50 minute drive from Rapid City and only a half hour from Mount Rushmore! 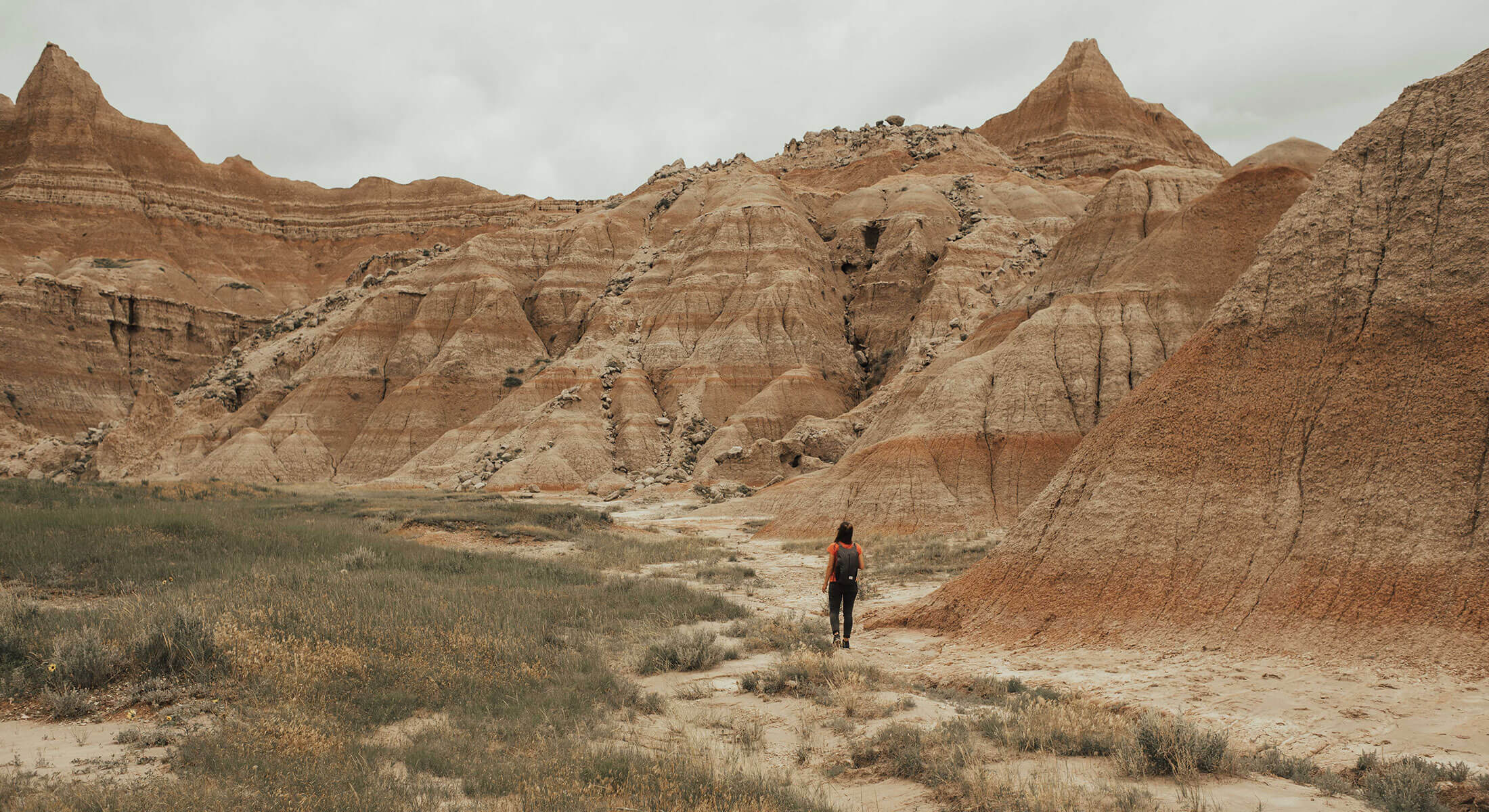 What you need to know: Badlands National Park spans 244,000 acres and is considered one of the most unique places in America. From towering eroded buttes to the largest, protected mixed-grass prairie in the United States this park offers up stunning and unexpected views to its visitor.

Why people go there: If you love outdoor adventure and taking in breathtaking scenery, you’ll love the Badlands. From cruising the scenic Badlands Loop Road, to hiking one of the stunning trails, this national park provides room to roam on remarkably bizarre terrain! 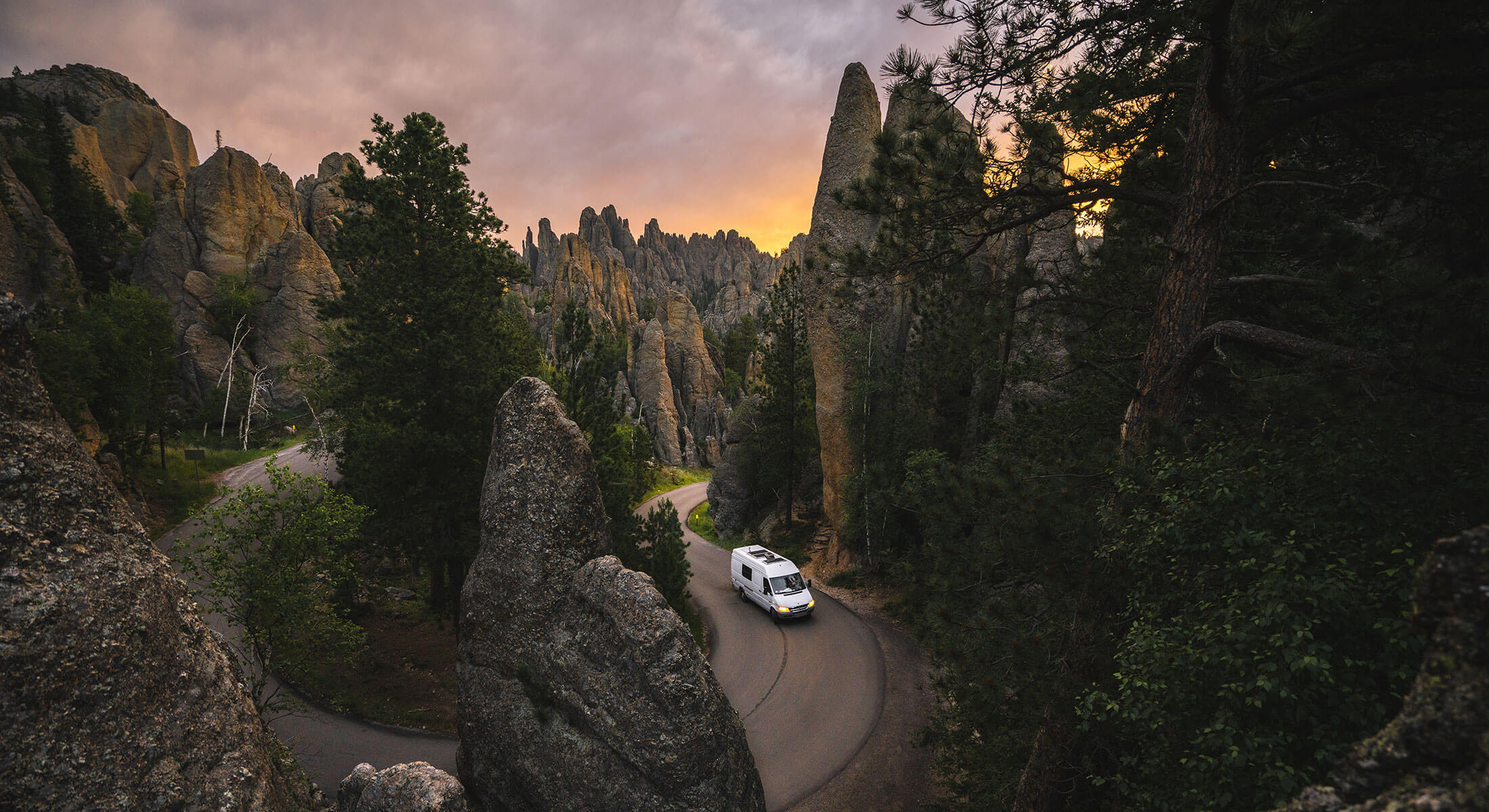 What you need to know: Custer State Park encompasses 71,000 acres in the Black Hills. The terrain is a mixture of prairies, pine trees, mountains, and geological formations known as the “Needles” as well as 182 acres of water.

Why people go there: It’s another perfect place for outdoor enthusiasts! Rocking climbing, hiking, mountain biking, scenic cruising, water activities, off-roading, I could keep going but I think you get the point. Custer State Park is also full of amazing wildlife and was named one of the World’s Top 10 Wildlife Destinations by USA Today!

Fun Fact: Custer State Park is one of largest state parks in America.

Travel Time: About a 30 minute drive from Rapid City! 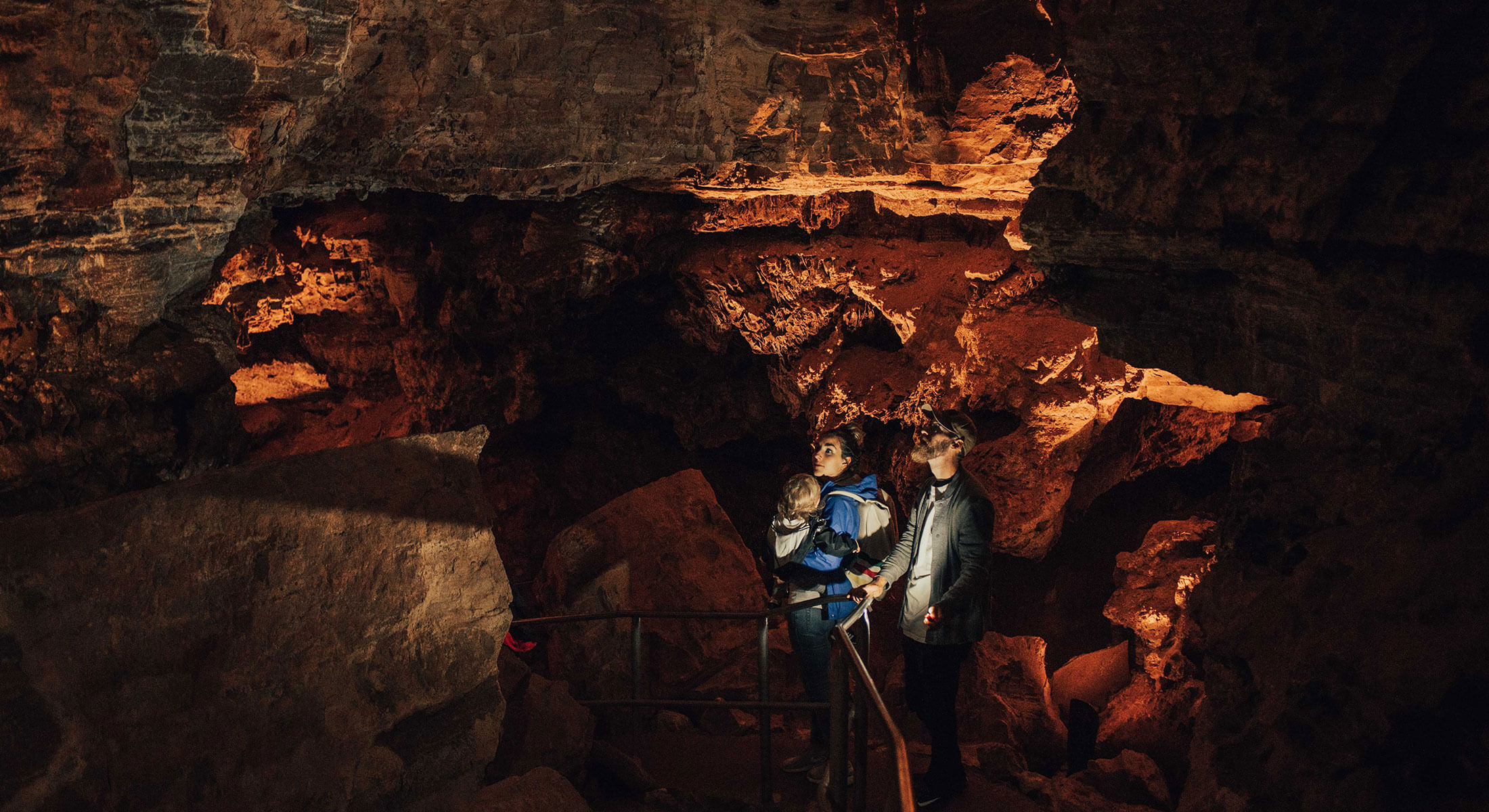 What you need to know: Wind Cave is the seventh longest cave in the world, however, the beauty of this park isn’t just below ground. This 28,295-acre park is home to a variety of wildlife like bison, elk, prairie dogs, and more!

Why people go there: Wind Cave was actually the first cave to become a protected national park, and is one of America’s oldest national parks. With less stalactites and stalagmites than most caves, due to the dryer conditions, this cave has many unusual mineral formations like boxwork. The most distinctive feature of this cave is the strong winds, for which it was named after.

Fun Fact: The first known discovery of Wind Cave was in 1881 by the Bingham brothers. These two heard a loud whistling noise coming from the cave’s only natural entrance. Wind Cave is also a sacred site for the Lakota people as it is the location of their Emergence Story. 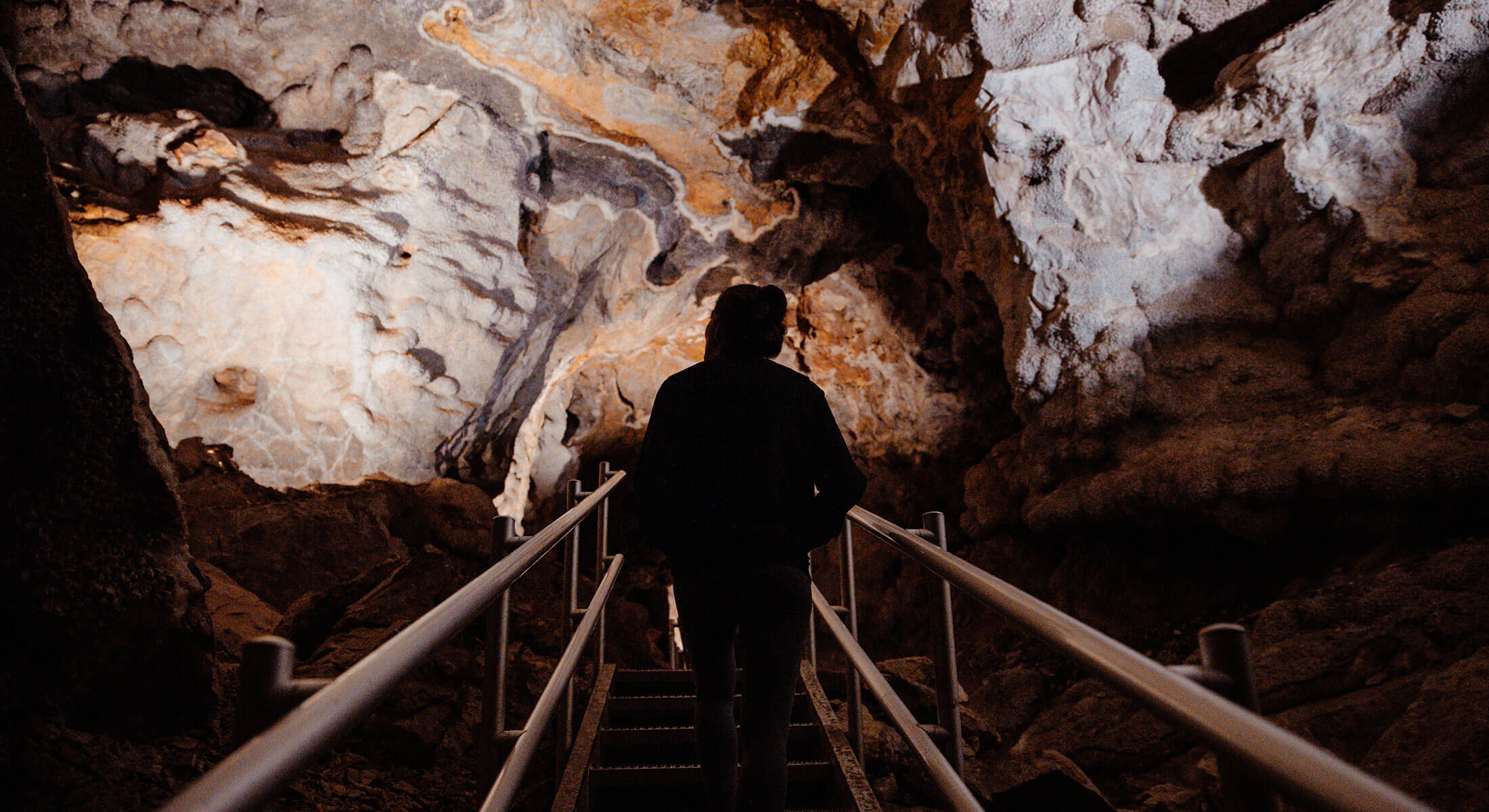 What you need to know: Jewel Cave was named after it’s dazzling calcite crystals that illuminate the walkways of the cave. It is also the place where hydromagnesite balloons were first discovered!

Why people go there: Jewel Cave is the third longest cave in the world. They’ve explored over 195 miles, and it continues to grow as they discover around three miles of new passageways each year! The most popular tour is the Scenic Tour, which takes you to various cave chambers and passages full of calcite crystals and more!

Fun Fact: Cavers spend as many as four days underground when going on camp expeditions. 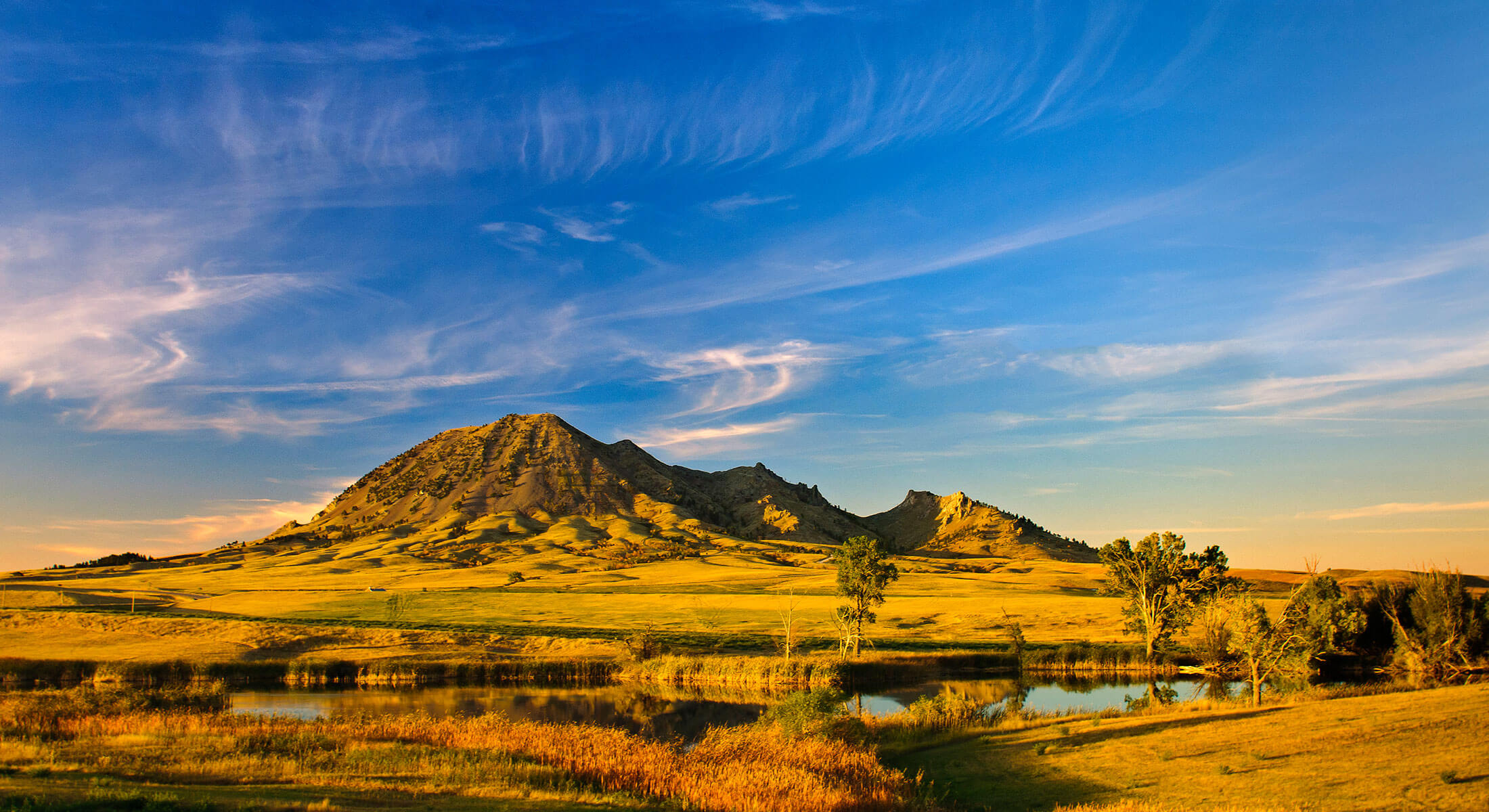 What you need to know: Bear Butte or Mato Paha “Bear Mountain” (the Lakota name of this site), is a sacred place to many American Indian tribes and is a place of worship for them. While hiking you will notice colorful pieces of cloth or pouches in the trees, these are prayer cloths placed by individuals during worship.

Why people go there: From the peak you can view parts of four different states, plus the stunning views of the Black Hills and sweeping plains. As the third most prominent summit in the Black Hills of South Dakota, and without anything obstructing the views, it goes without saying the view from the summit is pretty outstanding.

Fun Fact: Bear Butte is the remains of a volcano that did not erupt.

Travel Time: About a 40 minute drive from Rapid City!

All of these amazing parks and monuments are worth a visit during your trip, and all of them are a short drive from the centrally located Rapid City!

The Perfect Weekend Built By Locals