That’s likely the response you’ll get if you ask Amanda Hitchcock for her name. We still don’t know if she’s actually related to the horror-film legend, but if she inherited anything from her namesake, it’d be a fierce determination— and a knack for storytelling.

From Mexico’s Day of the Dead, to Germany’s Oktoberfest, to the American ghost stories and haunts of Halloween, fall is a season characterized by vibrant imagination, tales of the past, and coming together to celebrate the world’s cultural histories. For those seeking the spirit of the season in Rapid City, you won’t have to look very far to find celebrated cultural influence. While aspects of Native American culture can be found across the region, the Black Hills are continuously shared by the area's thriving Native American community. In fact, a closer look at the Black Hills’ Devils Tower National Monument reveals a landscape steeped in the histories, traditions, and legends of America’s first civilizations.

THE MYSTERY OF THE MOUNTAIN: LEGENDS OF DEVILS TOWER

Passed down through centuries of Native American history, sacred narratives surrounding the formation and spiritual significance of Devils Tower are still told today, preserved as a traditional part of American Indian culture across the region. Though some details vary across different tribes, many aspects of the First Stories of Devils Tower remain the same.

According to a Sioux legend, two young boys became lost trying to find their way home through the vast prairie. After some time, the boys realized that they were being followed, hunted by the ferocious and relentless Mato, an exceptionally giant bear! The boys ran from Mato for as long as they could, but found no place to hide in the low brush and open meadow. Soon, the massive bear was upon them, and in a final plea for rescue, the boys dropped to their knees and prayed to the Great Spirit to save them. Suddenly, the earth began to shake, and the boys found themselves lifted up into the sky by a giant pillar of rock! Determined, still, to catch them, Mato reared up onto his hind legs, clawing enormous, vertical striations into the stone as he tried to climb after the two boys, but they remained just beyond his reach. Mato tried and tried to reach them, covering every side of the mountain in the long cracks and scratches made by his claws. But try as he might, Mato could not catch the boys. Eventually, Mato retreated, exhausted and disappointed, leaving the two boys alone and frightened on top of the mountain. The story comes to a close as the two boys are carried back to their village on the wings of Wanblee, a giant eagle.

While some aspects of the Devils Tower legend are used across other variations, other tribes include different details. For example, the Kiowa tell the tale of a bear chasing seven maidens who are saved by the tower rising from the ground. However, instead of returning to their village, the girls ascend to the sky as stars, transforming into the Pleiades, or “Seven Sisters,” star cluster— which, if you choose to visit Devils Tower at night, are clearly visible right above the monument during the fall.

In the Arapaho legend, a young girl is transformed into a bear and injures her sister while chasing her siblings. When her sister does not recover, “Bear-Girl” climbs to the top of Devils Tower, abandoning her family to keep them safe. The Cheyenne tell the story of a group of warriors who hunt and defeat a bear spirit that has been terrorizing one of the women in their tribe. Though parts of the story change across the various tribes within the region, each includes the presence of a giant bear or group of bears to justify the vertical cracks along the surface of Devils Tower. Visitors can also spot Ursa Major, “The Great Bear” or “Big Dipper” star formation, just above Devils Tower in the night sky, along with many other significant star clusters and constellations referenced by the area’s Native American culture.

It is the reoccurring image of the bear across Native American sacred narratives that determined the original name of the monument, given by the surrounding Native American tribes— and it is a name that still holds much significance today.

LOST IN TRANSLATION: HOW DEVILS TOWER GOT ITS NAME

Translating to “Bear Rock,” “Bear Lodge,” or “Bear Tipi,” Devil’s Tower was originally named Mato Tipila to reflect the sacred histories conveyed in Native American cultural narratives. However, in 1875 during the American Gold Rush, Colonel Richard Irving Dodge led an expedition to the area, following claims of gold in the Black Hills.

Referring to Devils Tower, Dodge reported that, “The Indians call [it] The Bad God’s Tower, a name adopted with proper modification, by our surveyors.” Dodge’s geological assistant, Henry Newton, agreed, stating that “[Mato Tipila] appears on the earliest map of the region, and though more recently it is said to be known among the Indians as 'The Bad God's Tower,' or in better English, 'The Devil’s Tower’...”

At the time, though many documents and maps reflected the site’s original name, “Bear Lodge,” Devils Tower became the popular title— and it stuck.

So where did Dodge go wrong? Almost all American Indian names for the site are associated with a bear in some way, so it’s clear that Dodge, Newton, and those reporting on the expedition published incorrect information.

Or maybe they needed a better translator.

In the Lakota language, the word for a “bad god” or an “evil spirit” is wakansica. However, the Lakota word for black bear is wahanksica. The Lakota are among the largest Native American communities in the area, so it’s possible that Dodge simply mistranslated the given name without realizing it. The mistake altered the history of the region, replacing a name of immense cultural significance with an inaccurate, but catchy, misinterpretation. Today, many Native American tribal organizations have proposed that the name be changed to reflect the Tower’s original title and cultural ties. 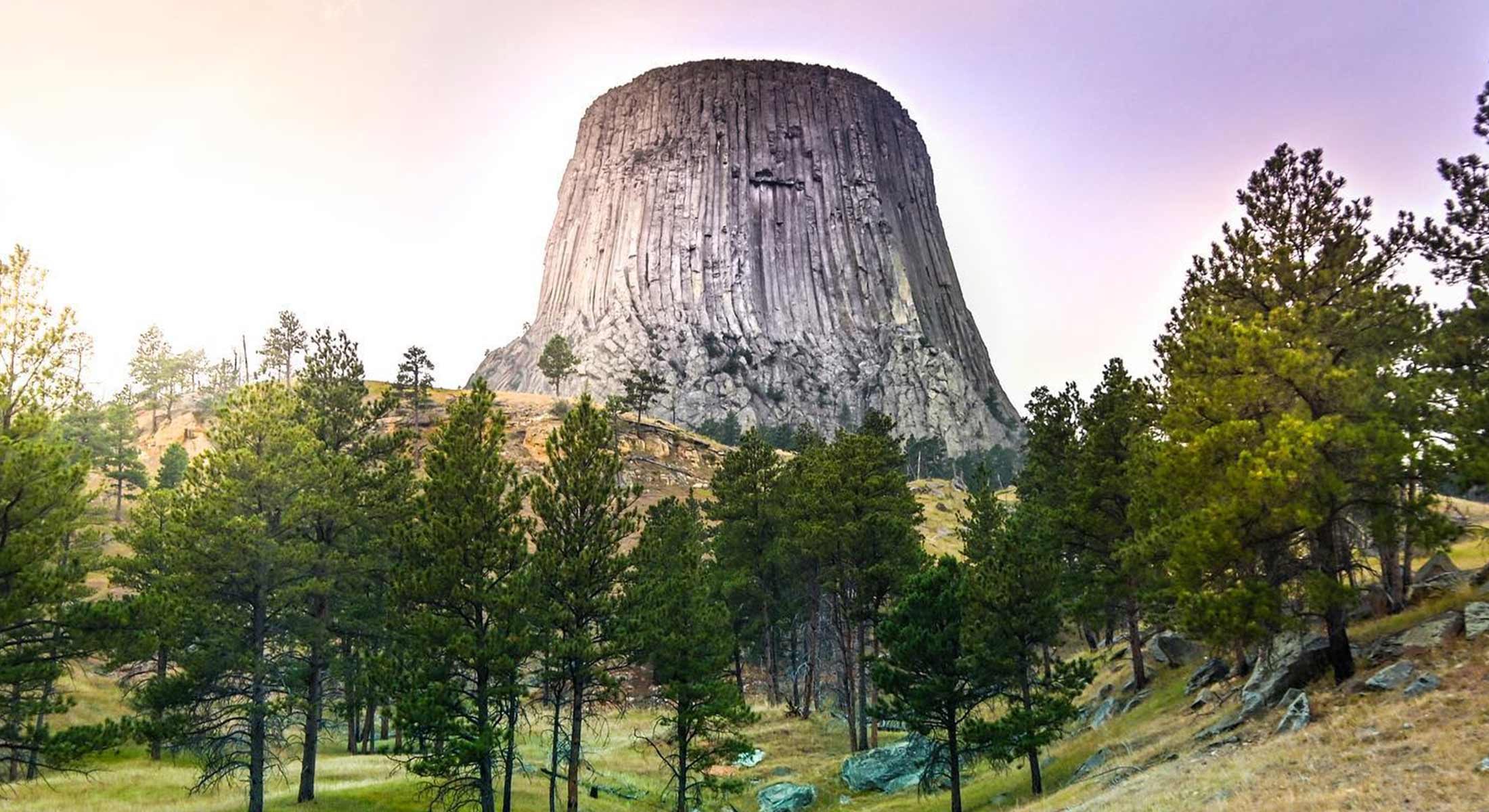 Today, visiting Devils Tower offers a journey full of Native American cultural discovery. The area is still an active, sacred location and is considered a place of spiritual significance and cultural history by over two-dozen Native American tribes! Many traditional and modern cultural and spiritual ceremonial activities; including prayer offerings, vision quests and the Sun Dance, are performed onsite throughout the year. 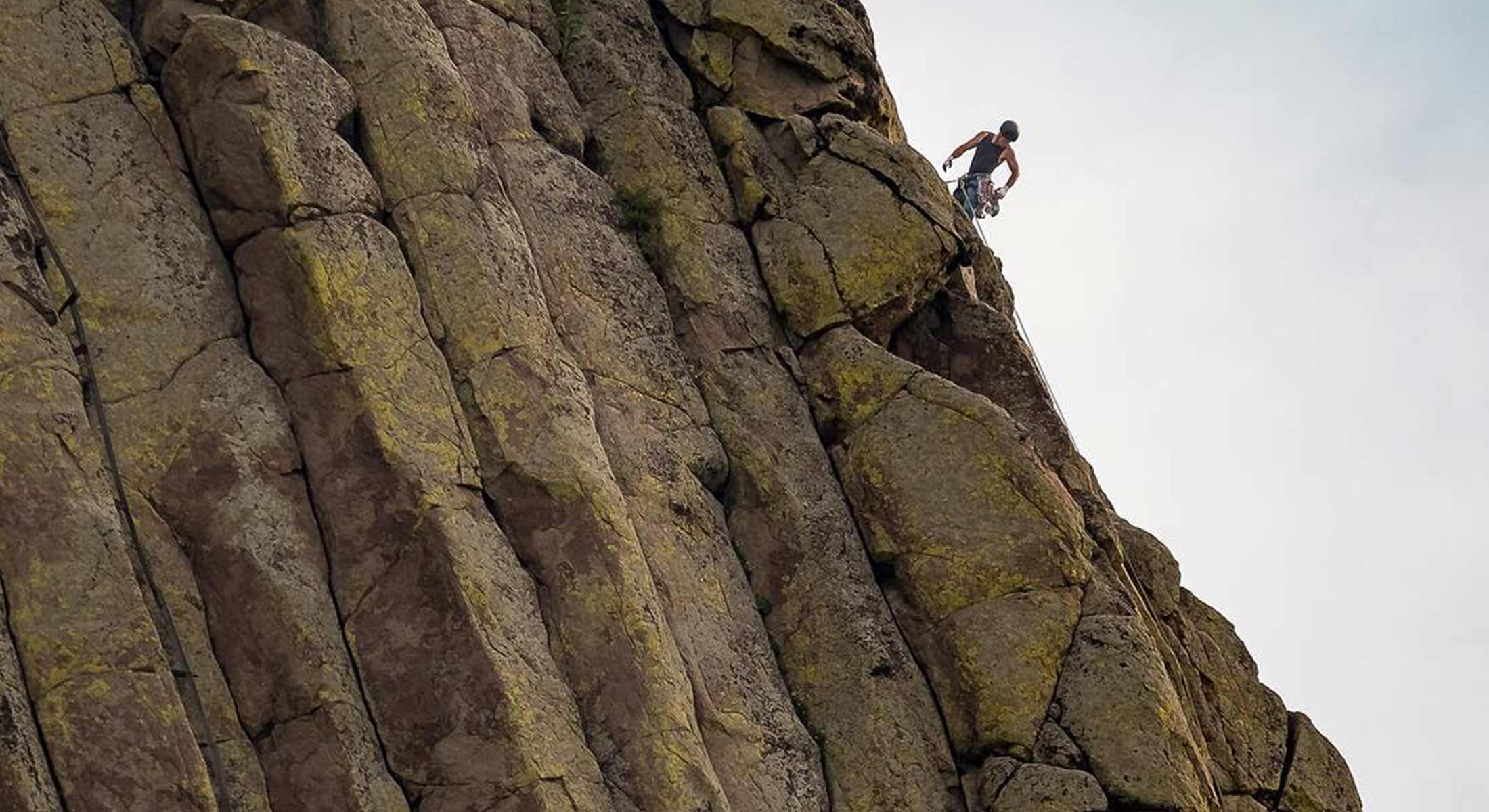 AN ALL-IN-ONE ATTRACTION: DEVILS TOWER AND THE GREAT OUTDOORS

Devils Tower remains a destination that inspires wonder and an admiration for the power and beauty of nature and time across all cultures and generations. In addition to exploring the monument’s rich cultural history, visitors can enjoy a variety of outdoor activities as they enjoy the unforgettable, unique landscape. During the day, guests can experience the best of Black Hills outdoor adventure. From rock climbing and hiking, to capturing the area’s diverse range of wildlife with a bit of photography, Devils Tower offers adventure and enrichment for travelers of all types.

But the fun doesn't stop at sundown— Devils Tower during the day is incredible, but Devils Tower after dark is out of this world! Enjoy the perfect spot for some stargazing, and experience the best views in the galaxy as you take in the vast, colorful, night sky. However, you chose to explore, make sure to mark it on your map— Devils Tower is a must-see destination for any Rapid City area vacation.

Take Your Group Beyond Mount Rushmore

10 Must-Do Adventures In And Around Rapid City