The Black Hills Knowledge Network is an online community information service that connects people to local information and ideas within the Black Hills region. We work with librarians and community organizations to aggregate and organize local news, resources, data and historical archives from a variety of sources.

Custer State Park's buffalo herd started out in 1914 with 36 animals that then-Gov. Peter Norbeck obtained from a private herd near Fort Pierre as part of efforts to preserve the species. (Then the State Forest and Game Preserve, the area became Custer State Park in 1919.) 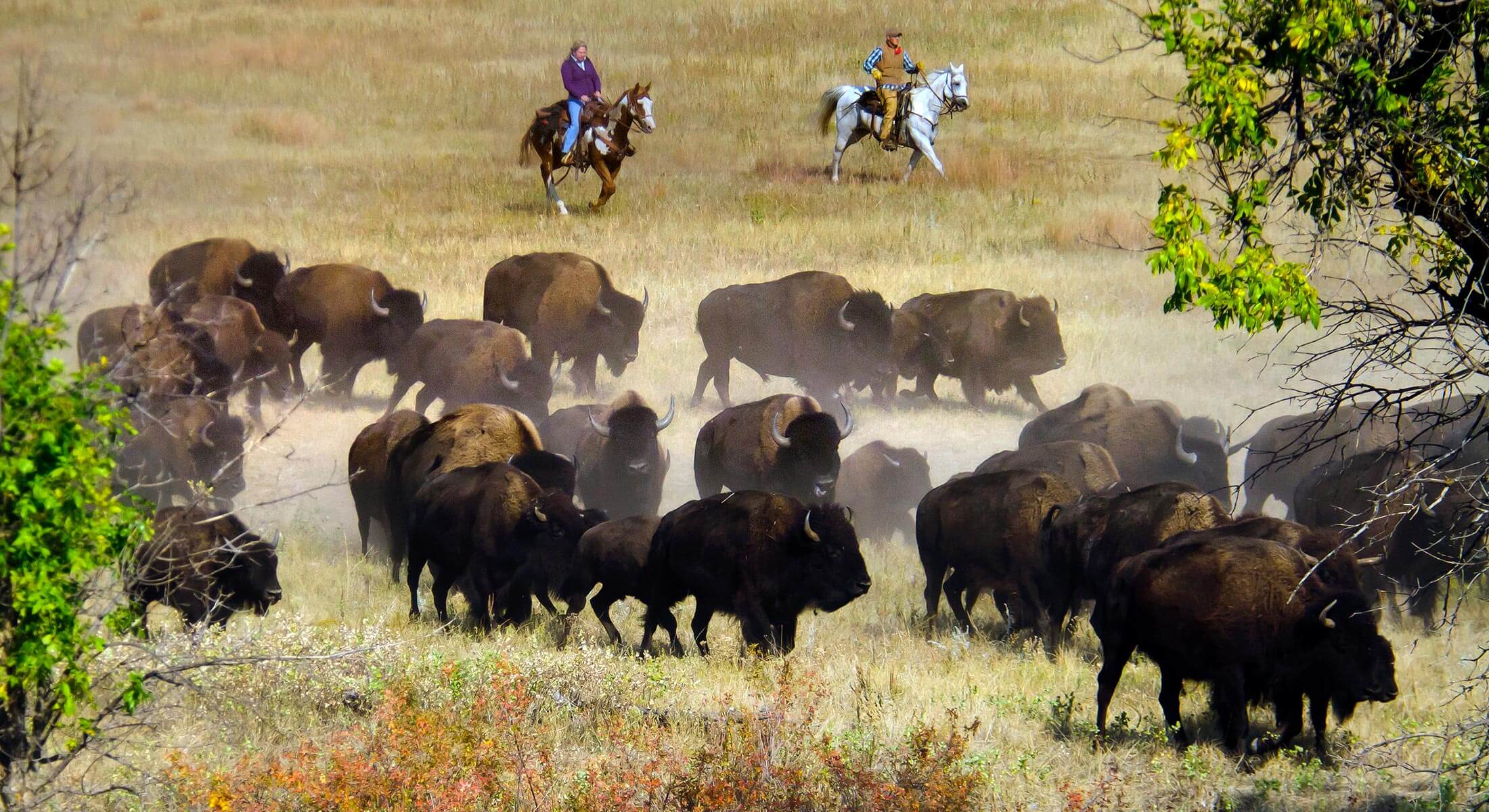 By the middle of the century, the herd had grown to more than 2,500, too many animals for the state park's 71,000 acres to support. The park's herd was first rounded up in 1965, and the first buffalo auction was held on Feb. 12, 1966, as documented in the book "Custer State Park" by Tom Domek. The event made the national news in a report by Bill Plant of CBS.

The round-up and auction have been held annually since, and have drawn crowds of spectators since their inception. The 50th anniversary of the Custer State Park Buffalo Round-up drew more than 20,000 people on Sept. 25, 2015. 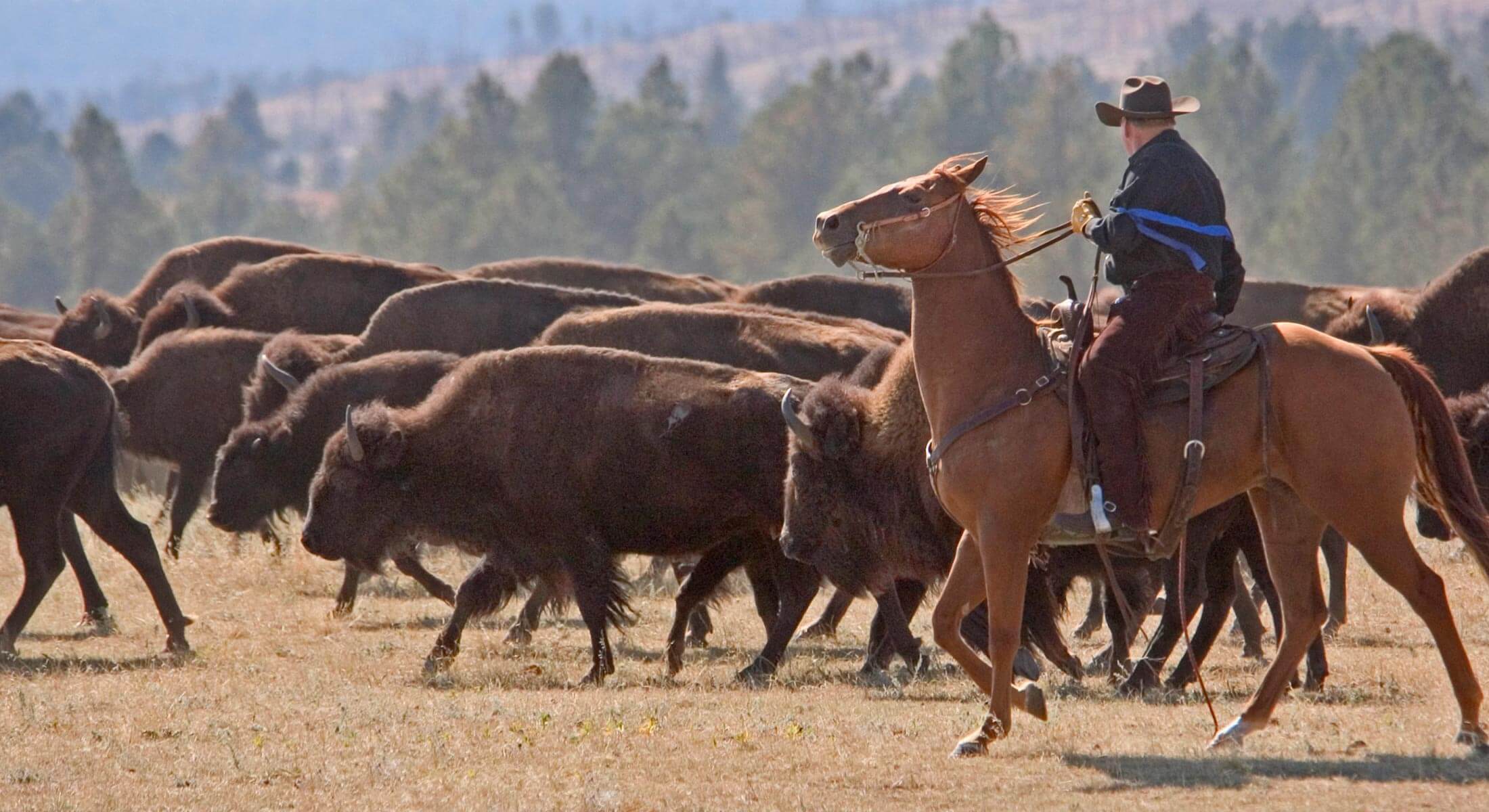 The round-up and three-day festival that accompany it each September typically draw about 15,000 people.

Each year, the South Dakota Department of Game, Fish and Parks auctions off 200 to 300 buffalo in order to keep the herd size at between 800 and 1,400 animals, depending on annual moisture and conditions.

Technically, the animals are "bison," but the term buffalo is commonly used after French fur-trappers dubbed the animals boeufs, meaning ox-like animal.

4 Great Places To Experience The Scenery Of The Black Hills