How Reptile Gardens Came To Be | VisitRapidCity.com Skip to main content

How Reptile Gardens Came To Be

There’s a story behind every attraction in our area. Some are well known, such as Mount Rushmore, others need a little more research to uncover. One of my personal favorites is the story of Reptile Gardens. The current Guinness Book of World Records holder of the Largest Reptile Zoo in the World, its a must-see attraction to many visitors, and holds countless, wonderful memories for many locals. 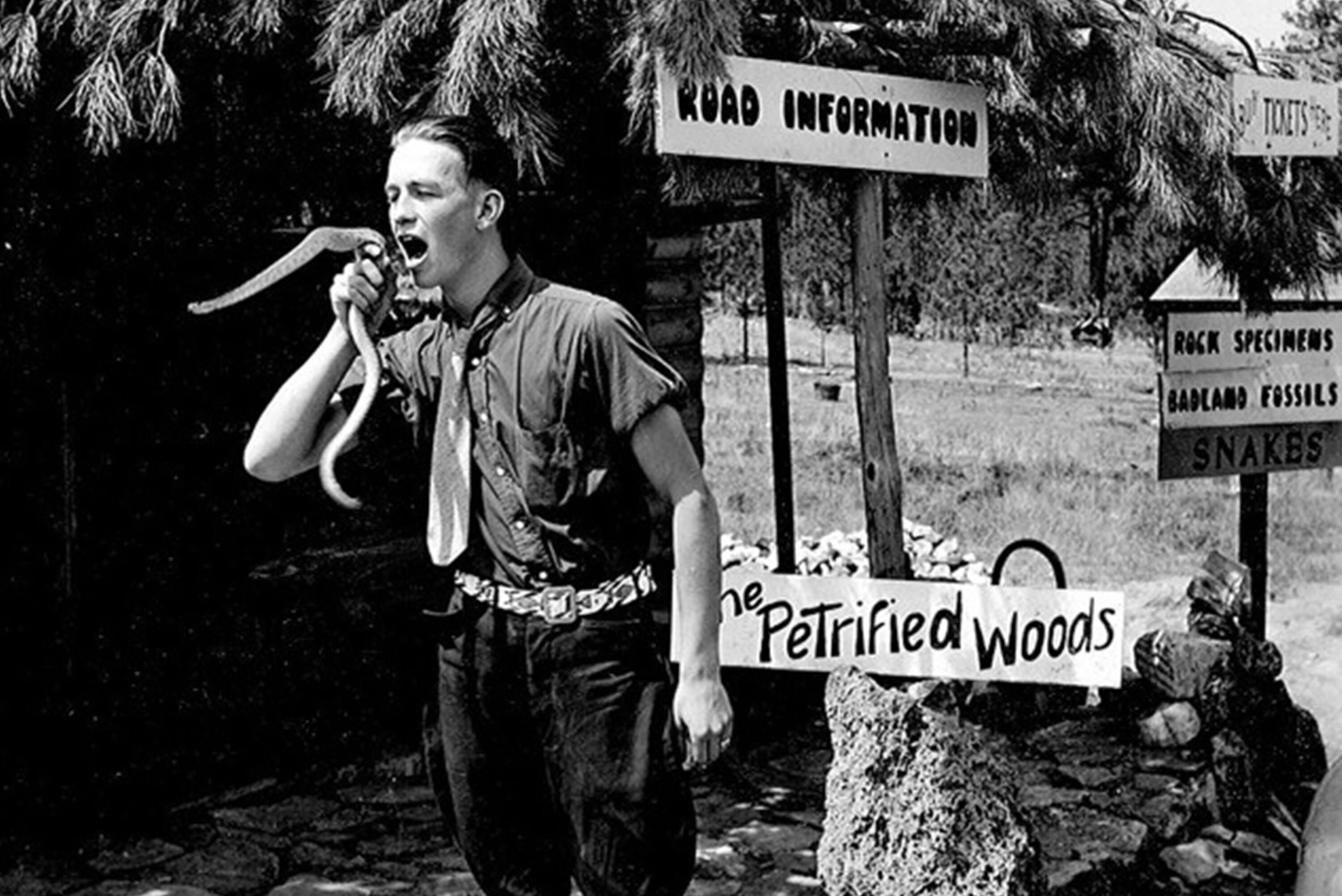 To understand the start of Reptile Gardens, I first must introduce you to Earl Brockelsby. A young reptile enthusiast with an entrepreneurial spirit. In 1935, at the age of 19, Earl was working as a tour guide at a local attraction called Hidden City. It was here he recognized people’s fascination with snakes. Often, to conclude his tours, he would remove his hat to reveal a rattlesnake coiled on his head. He would take note of their reactions to the unveiling of his serpent friend and came to a realization - whether people hated snakes or not, there was an interest.

On June 3, 1937, Earl opened the doors of his 18 by 24-foot building around three miles south of Rapid City, strategically placed at the edge of a long hill. In those days, cars would often overheat after driving up the hill and people would need a place to pull over and let them cool off. Reptile Gardens became that place. During this time, they were only home to a few snakes that were indigenous to South Dakota. Admission was ten cents per adult and five cents per child, and on their first day of operation they made $3.85. Visitation slowed during World War II, Earl served in the military and gas was being rationed, but the attraction endured and business steadily increased throughout the 1950s. 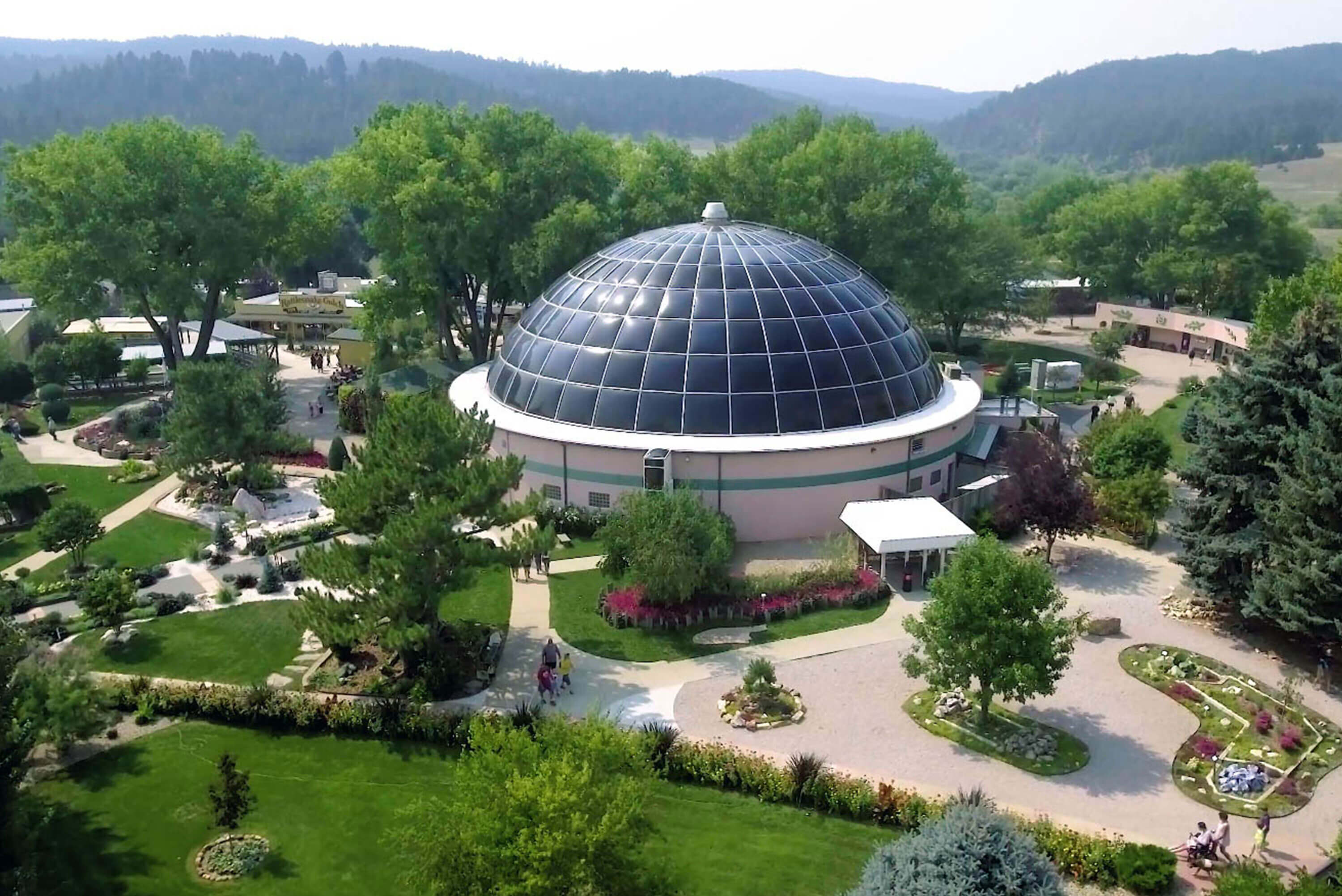 It wasn’t until 1965 that Reptile Gardens moved to its current location six miles south of Rapid City. The new and improved Reptile Gardens featured the Sky Dome which was believed to be the largest of its kind in the United States at the time. Although this kind of exhibit is popular at zoos today, back then it was a rare opportunity to walk amongst free-roaming reptiles and birds. 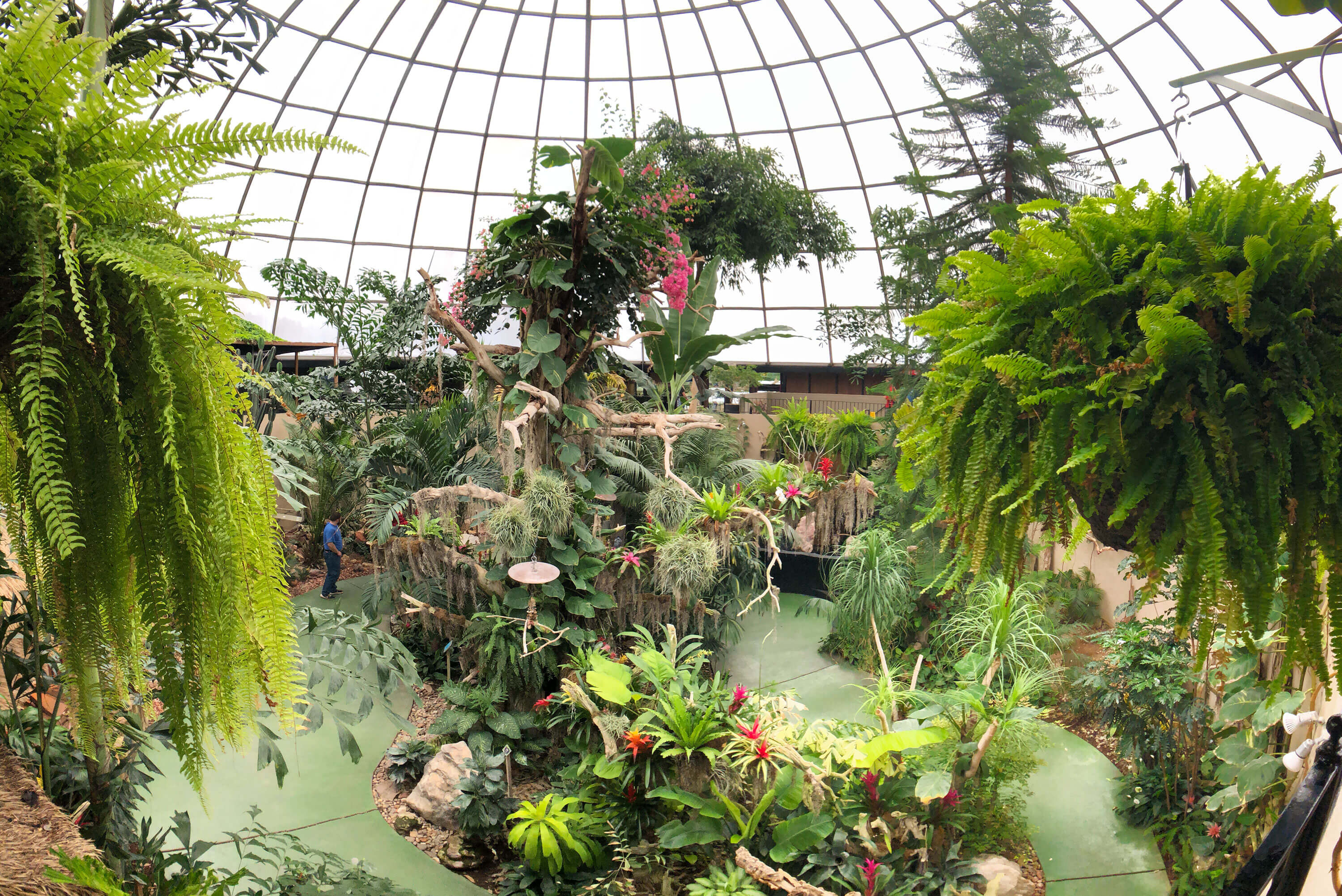 Over the years, Reptile Gardens has overcome many devastating moments. Flooding that swept away their giant tortoises (they were recovered from other places on the property), and in 1976 they suffered a fire in the Sky Dome. The aluminum and plastic dome structure that houses the main reptile exhibits burned, and the plastic from it melted, coating everything below. Heartbreakingly, Reptile Gardens lost many of their birds and reptiles to this tragedy. Over the course of the following winter, the dome and exhibits were rebuilt, and new animals were obtained. When you visit, look for the large skeleton of a ponderosa pine. This tree narrowly escaped being crushed by the collapsing dome in the fire and today still stands as the center piece of Safari Room.

Fast forward to the present day and Reptile Gardens has become the largest reptile zoo in the world. They continue to do an outstanding job of education visitors offering an up close and personal experience with some of the parks most famous residents. The grounds have become a beautiful array of over 40,000 flowering plants providing a walking botanical garden to all who roam through. Earls family is still running the business, expanding and evolving the attraction beyond what he could have imagined.

Day Trips From Your Hotel

Behind The Scenes At Reptile Gardens