Challenge yourself to our Mount Rushmore quiz to test your knowledge of the memorial and maybe even learn something new. No cheating! Keep track of your answers and check them with the key at the bottom of the quiz!

4. What was used to carve over 90% of Mount Rushmore?
a. Hand Chisels
b. Jackhammers
c. Dynamite
d. Rocks and sticks

6. Who has the longest nose on Mount Rushmore?
a. Theodore Roosevelt
b. Abraham Lincoln
c. George Washington
d. Pinocchio - he's up there right?

9. What is located behind the sculpture of Abraham Lincoln?
a. More Rocks
b. A Hall of Records
c. A Private Scenic Overlook
d. A Lake – like they show in the National Treasure movie. 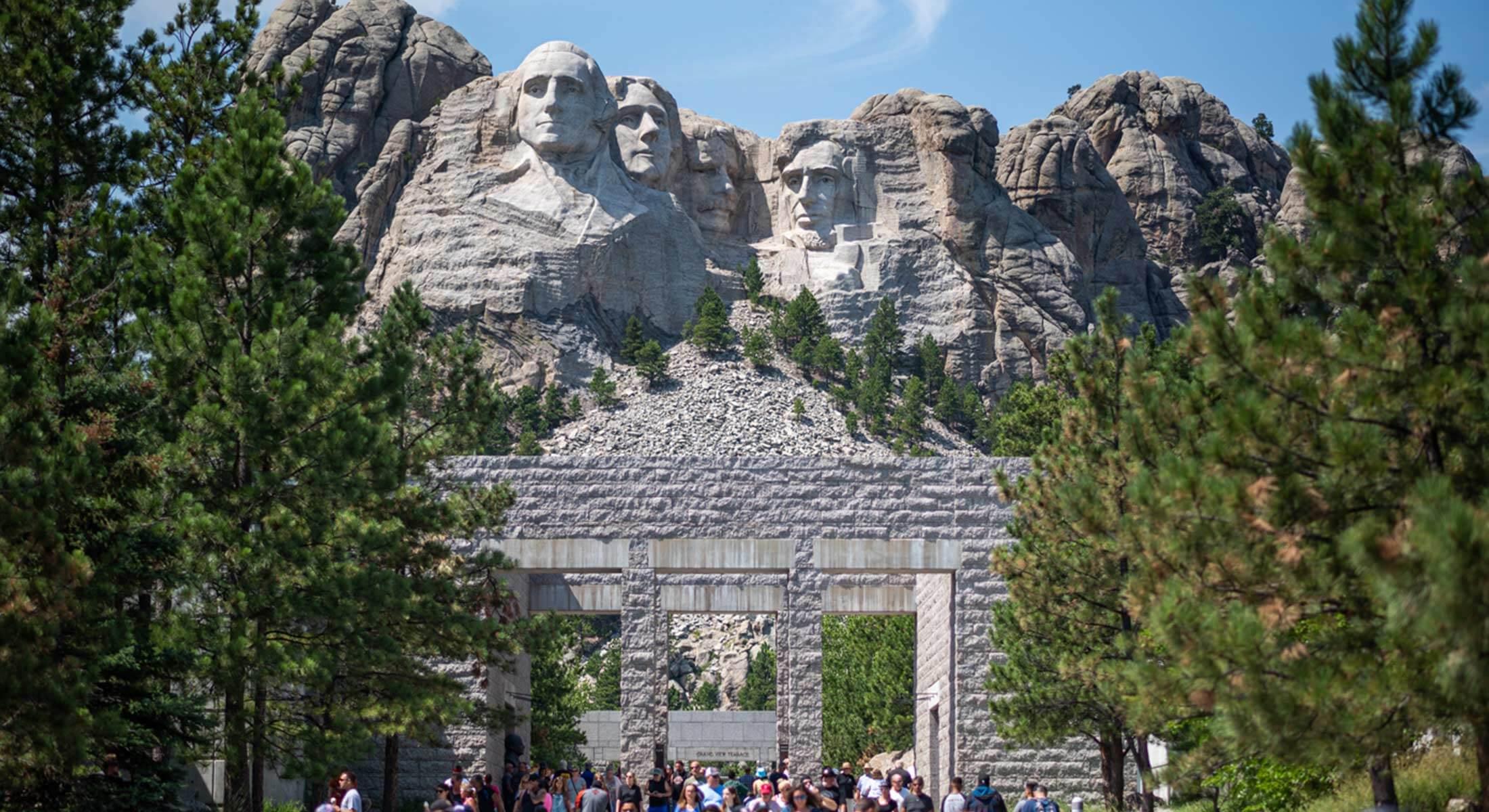 1. A: Mount Rushmore hosts an average of three million visitors a year. That’s more than the population of Chicago!

2. B: It took 14 years and 400 carvers to make Mount Rushmore! And, despite the harsh and dangerous conditions, no one died working on the project.

4. C: 90% of Mount Rushmore was carved using dynamite! The blasts removed approximately 450,000 tons of rock, details were finished with jackhammers and hand chisels.

5. A: The faces of Mount Rushmore stand 60 feet high, that’s equivalent to a six-story building!

6. C: George Washington has the longest nose measuring at about 21 feet. The rest of the presidents have nose’s that measure about 20 feet.

8. A: Thomas Jefferson’s face was originally started on the opposite side of George Washington. However, after 18 months into carving, they realized the granite was too weak. They had to dynamite off what was carved and start new on the other side of George.

9. B: Gutzon Borglum, the sculptor of Mount Rushmore, actually began blasting a Hall of Records behind Abraham.

10. A: The eyes of each president are 11 feet wide, and their mouths are approximately 18 feet wide.

If you found yourself frequently selecting answer "D", and you would like to learn more about Mount Rushmore, I suggest checking out our blogs about how Mount Rushmore came to be and who the faces of the carving are and why!

A Walk In The Park: Parks & Monuments Within An Hour's Drive of Downtown

Enhancements And Experiences Many Visitors Overlook At Mount Rushmore