10 Must-Do Adventures In And Around Rapid City | VisitRapidCity.com Skip to main content

10 Must-Do Adventures In And Around Rapid City

Tourists have self-inflicted Rapid City to be the “Gateway to Mt. Rushmore,” but once you’ve seen George and his buddies, you’ll want to dig in a bit more. Way, way more in fact.

South Dakota has plenty to do and see, but their second largest city specifically is home to quite a few adventures that cater to anyone from the great-outdoors (wo)man or, the city-slicker in town for some culture.

Dig in below to our top 10 Must-Do Adventures while in Rapid City:

Kayak or Canoe along Sylvan Lake 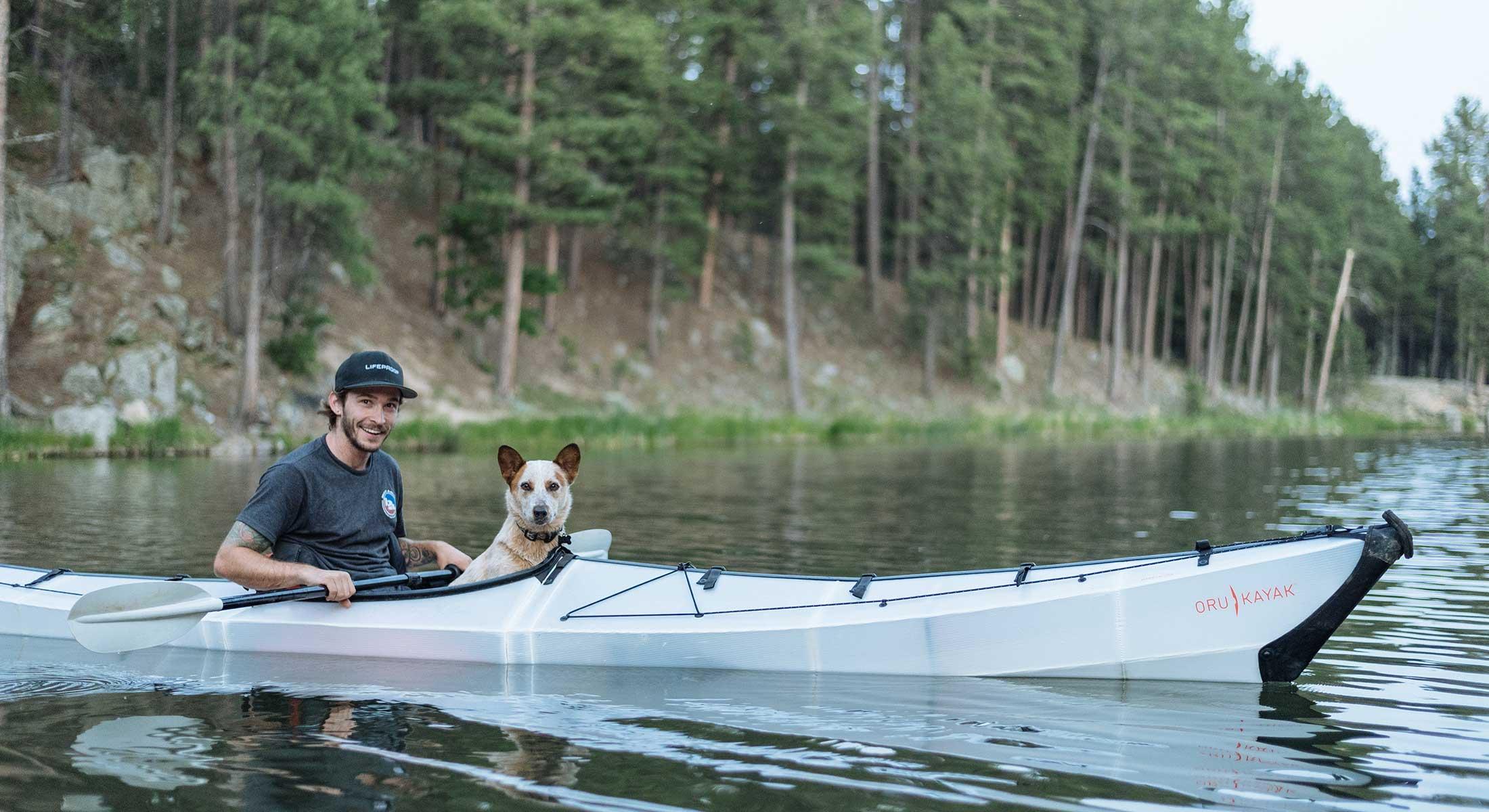 If you haven’t already heard, Rapid City sits just East of the Black Hills mountain range, which is home to quite a few lakes along with tall peaks. Amongst those lakes is the ultra swoon-worthy Sylvan Lake. This lake in particular is Custer State Park’s ‘crown jewel’ and is often photographed, booked for weddings, and tagged in the ‘gram. Rent a non-motorized paddle boat, kayak or canoe and take in the lushness of this 17 acre beauty.

Climb “God’s Own Drunk” within the Cathedral Spires Range 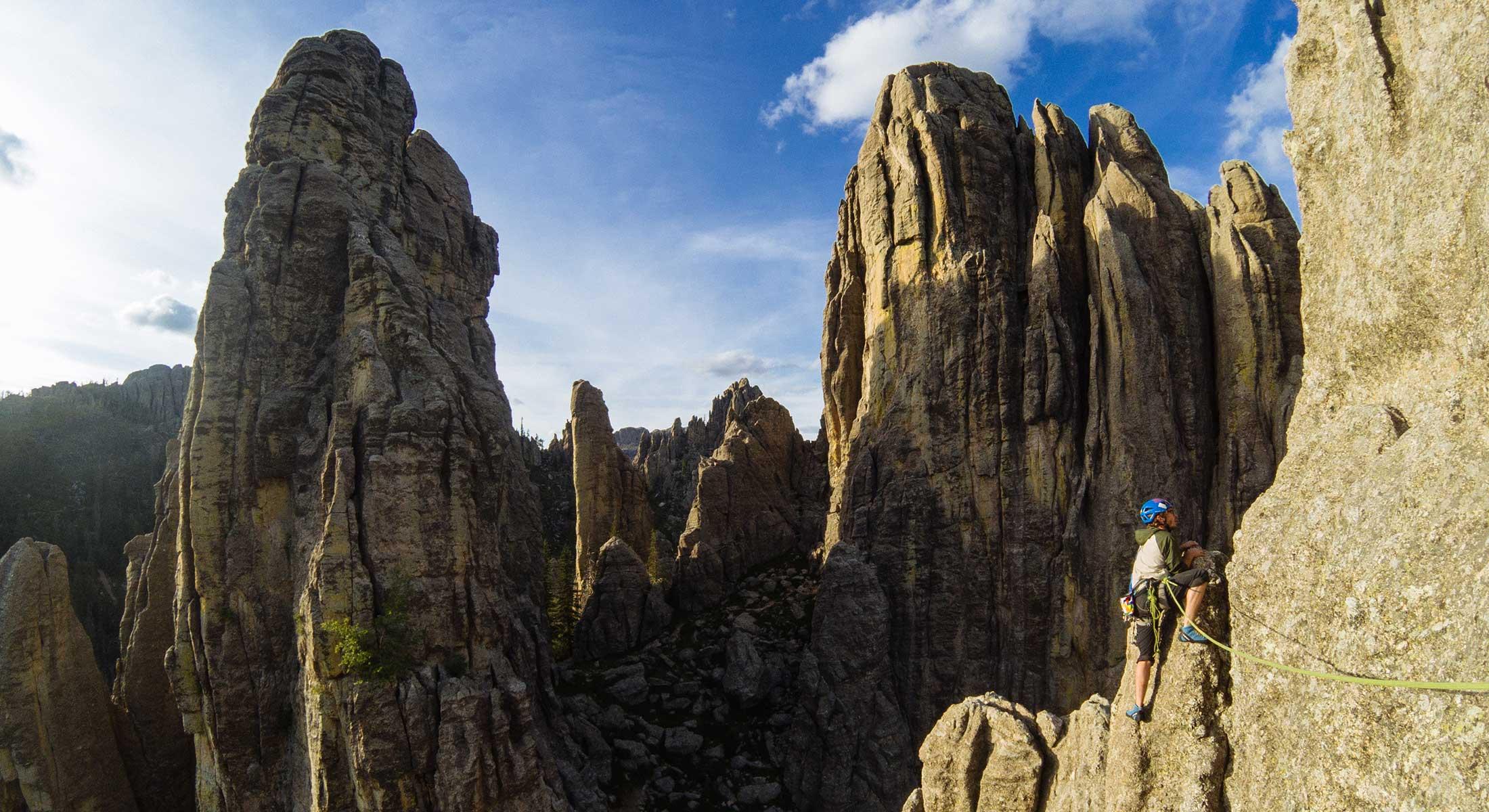 Speaking of Custer State Park, you should be checking out the Cathedral Spires trail, and more specifically God’s Own Drunk. The range itself is a one-way trail for hiking or biking that looks eerily like a scene from the Hobbit mixed with every gothic church spire you’ve seen in your lifetime. If you decide to climb (because why not) it’s a trad, 5.8-, 2 Pitches, 320’. In layman’s terms, it’s a climb up the North side of the dihedral that will have you moving up and right, in an awkward place gear, move upwards, go out then look down at your gear and wonder why the heck you haven’t done this sooner. 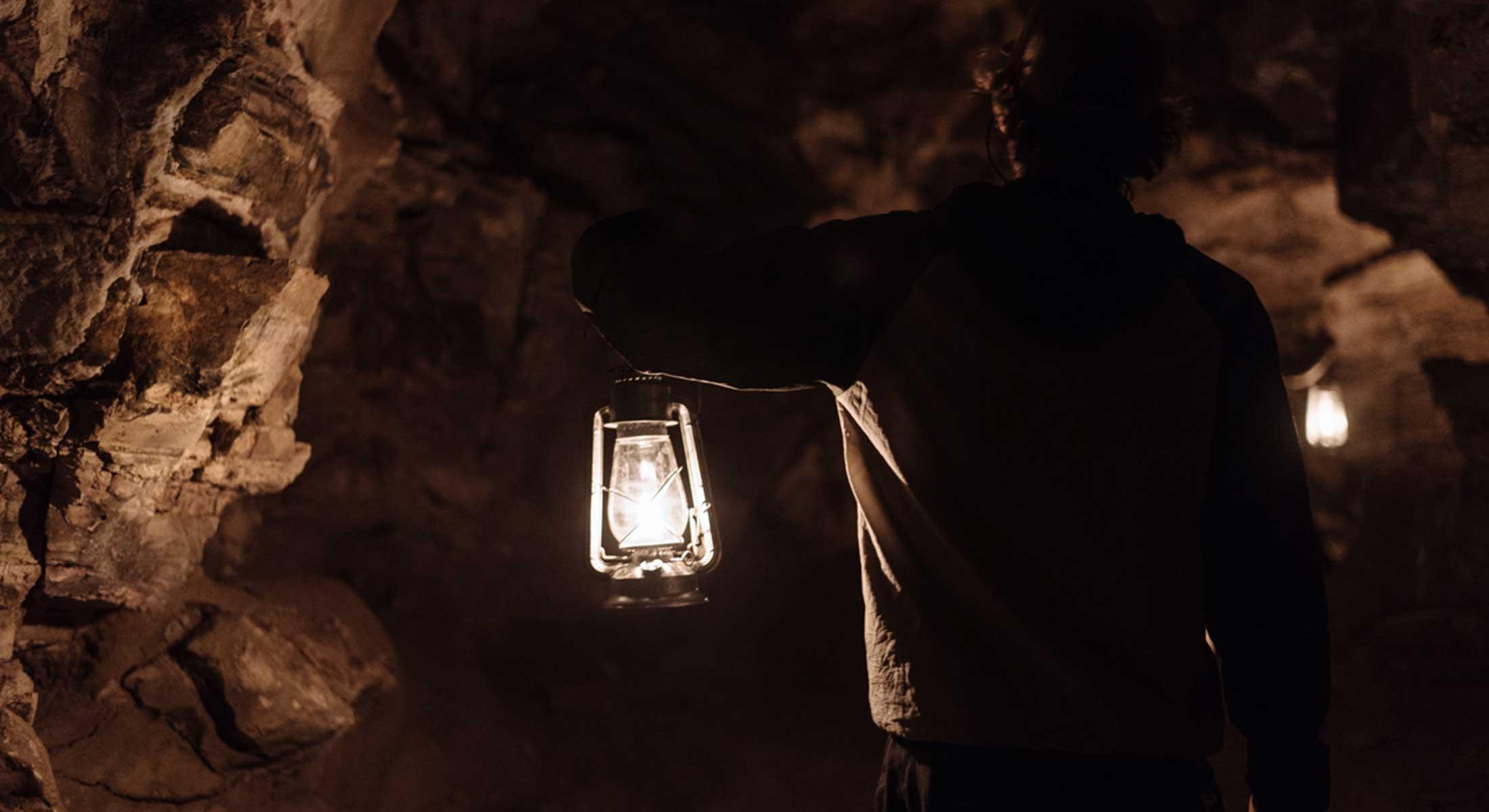 If you’ve ever wondered what it would feel like to be a worm, slowly cruising through tunnels underground, then your curious mind might just get satisfied at Jewel Cave. This 200 mile long underground pathway was declared a national monument by former president Theodore Roosevelt in 1908. Super cool and a touch creepy, this cave are the third longest in the world, and totally worth getting lost within. Get your worm on.

Drive a Motorcycle through the Black Hills 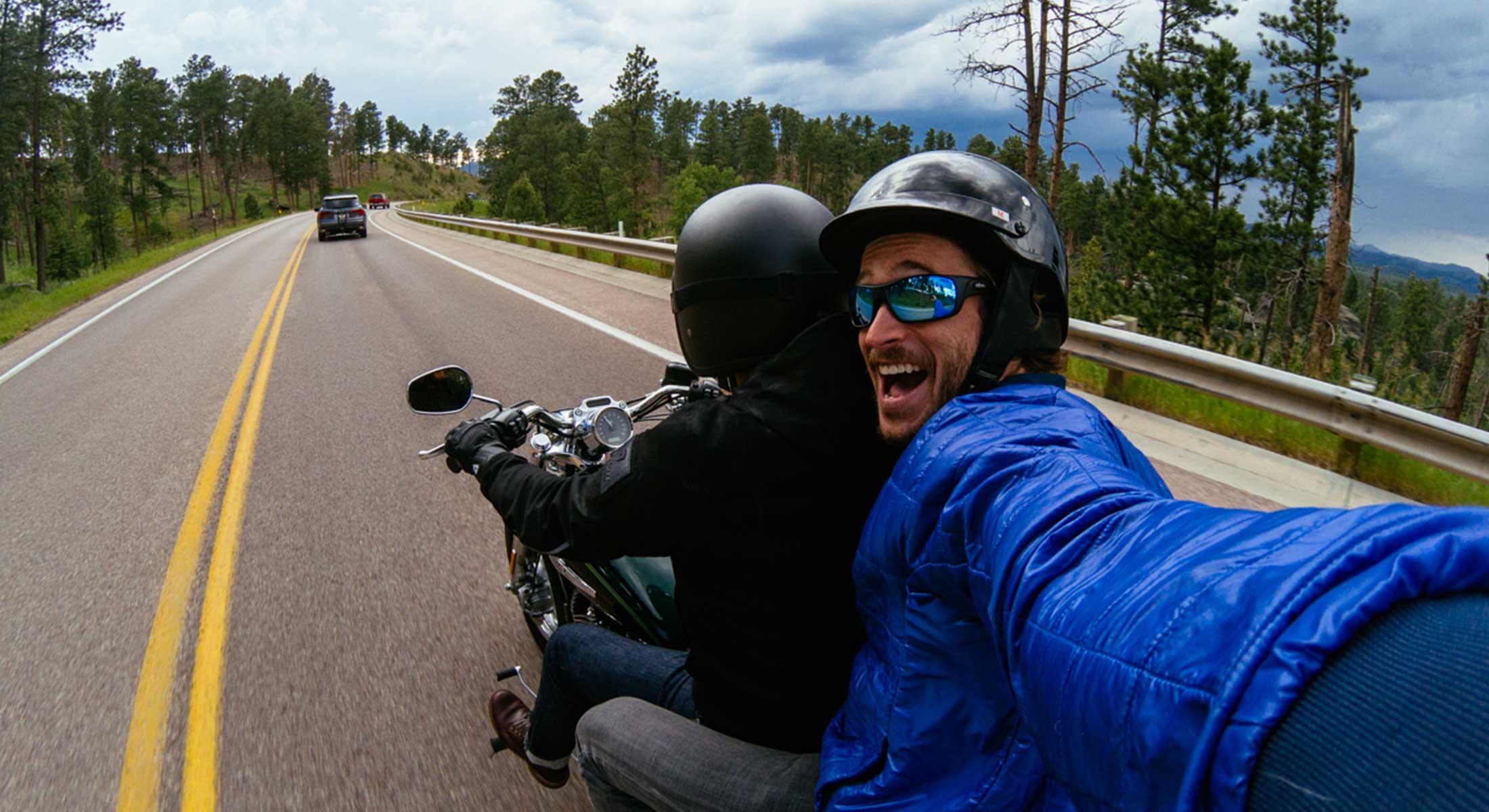 If you’re into the great outdoors, but prefer to view it at a slightly faster pace than your feet can carry, take a cruise through the Black Hills. Bikers and first time riders flock to the Black Hills due to its diverse range of rides. Curves for days, arching rock tunnels, sprawling fields and the likes make it pure eye candy for miles. Itineraries can range from easy to difficult rides, so there really is something for everyone. 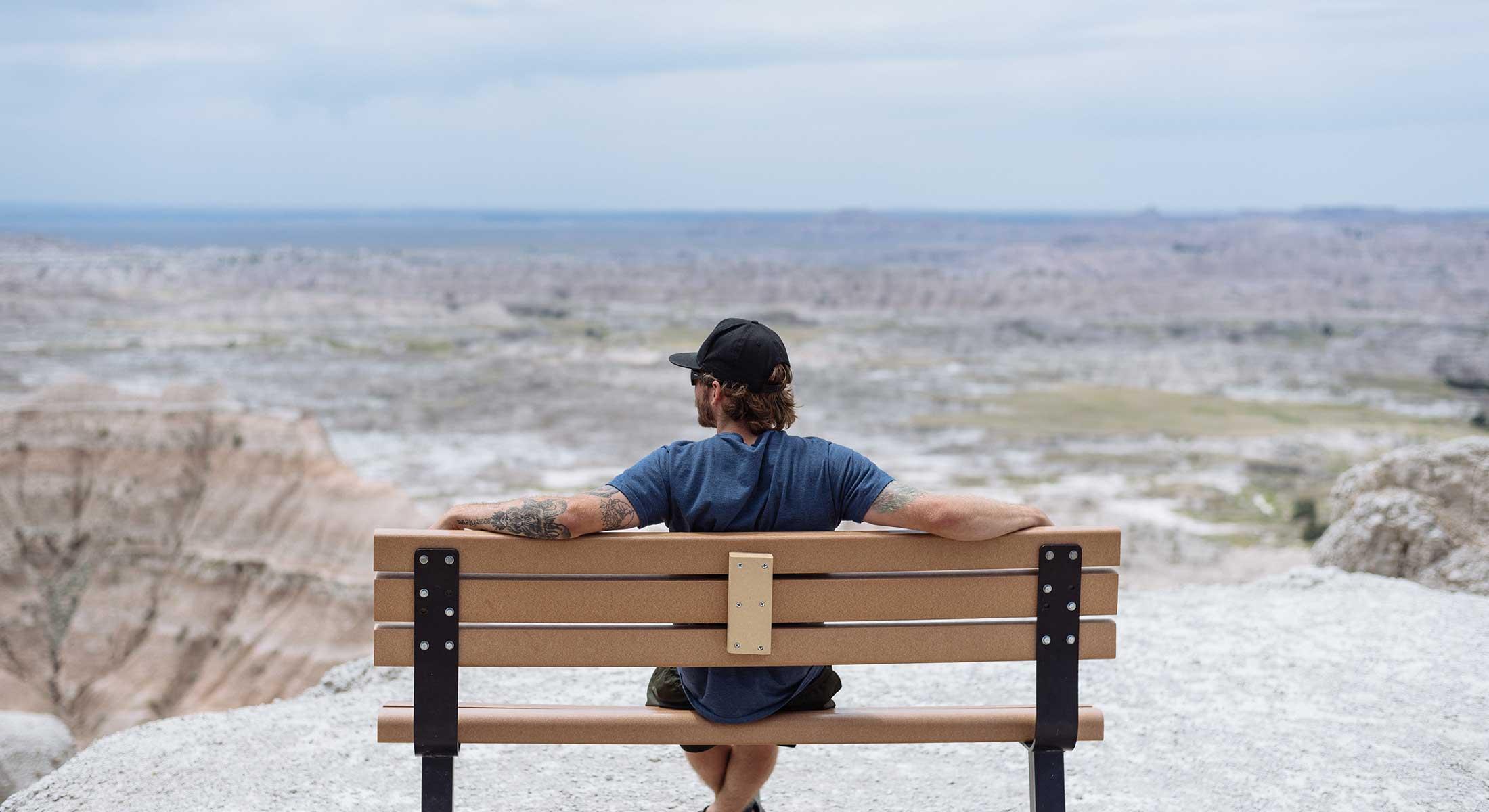 Riding through the Black Hills is pretty badass, until you drive on into the Badlands National Park. This 244,000 acre park puts the “bad” in badass. A geologic wonderland of rich fossil beds and sedimentary that’s been eroded and morphed over millions of years into light colored, heavily layered peaks. The tie-dye effect the formations have acquired are just one aspect of the national park you’ll be amazed by. 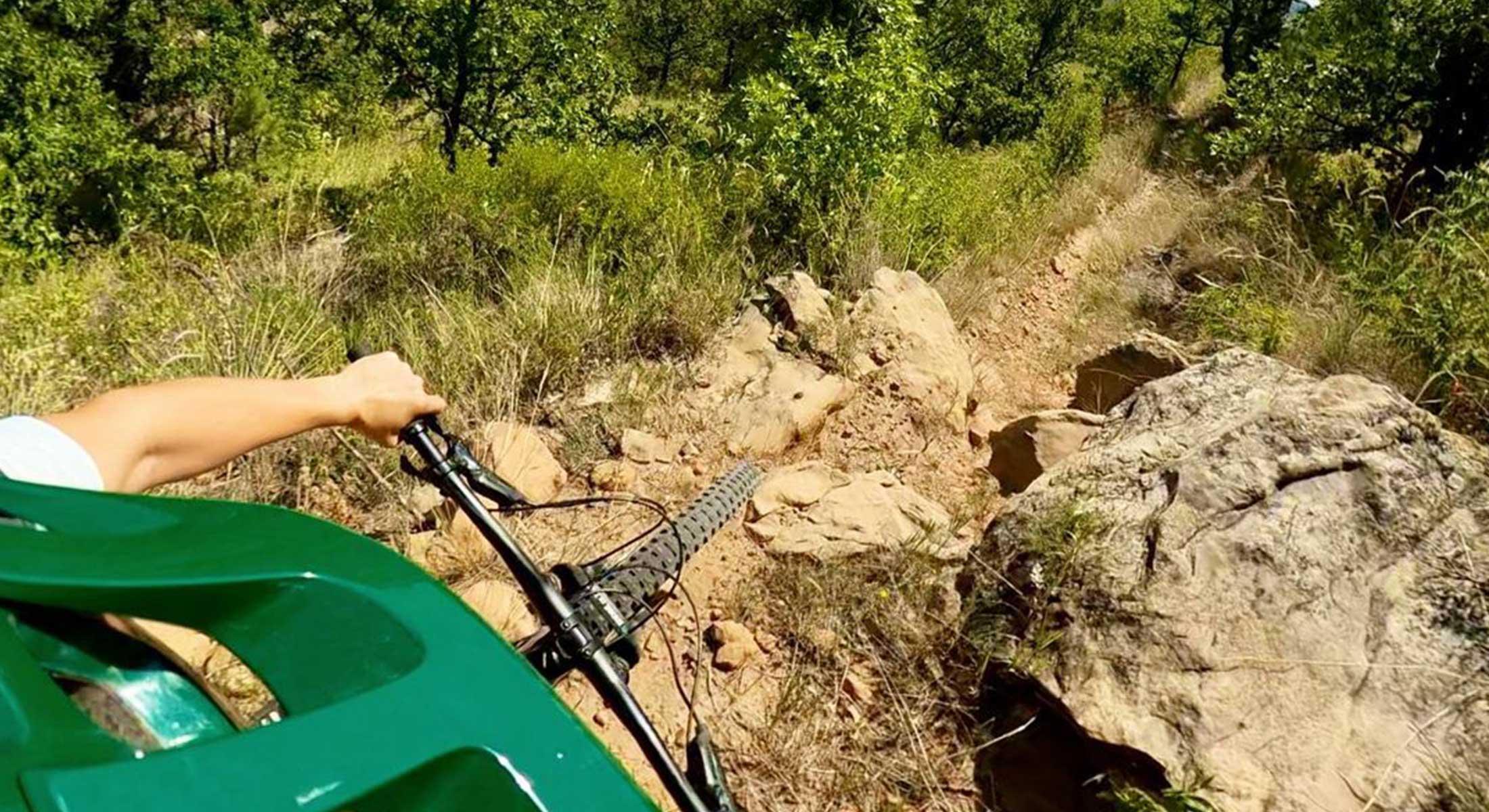 With more than 20 miles of single track this park has a good mix of flow trail, without a ton of heavy technical. Plenty of shade to sun, but geared towards the intermediate rider. Don’t be put off if it’s been awhile, there are easier routes, and harder ones as well, but this park definitely gives a healthy baseline for those looking for more than just a midday cycle ride. You can also hike the trail at Hanson-Larsen if you prefer. 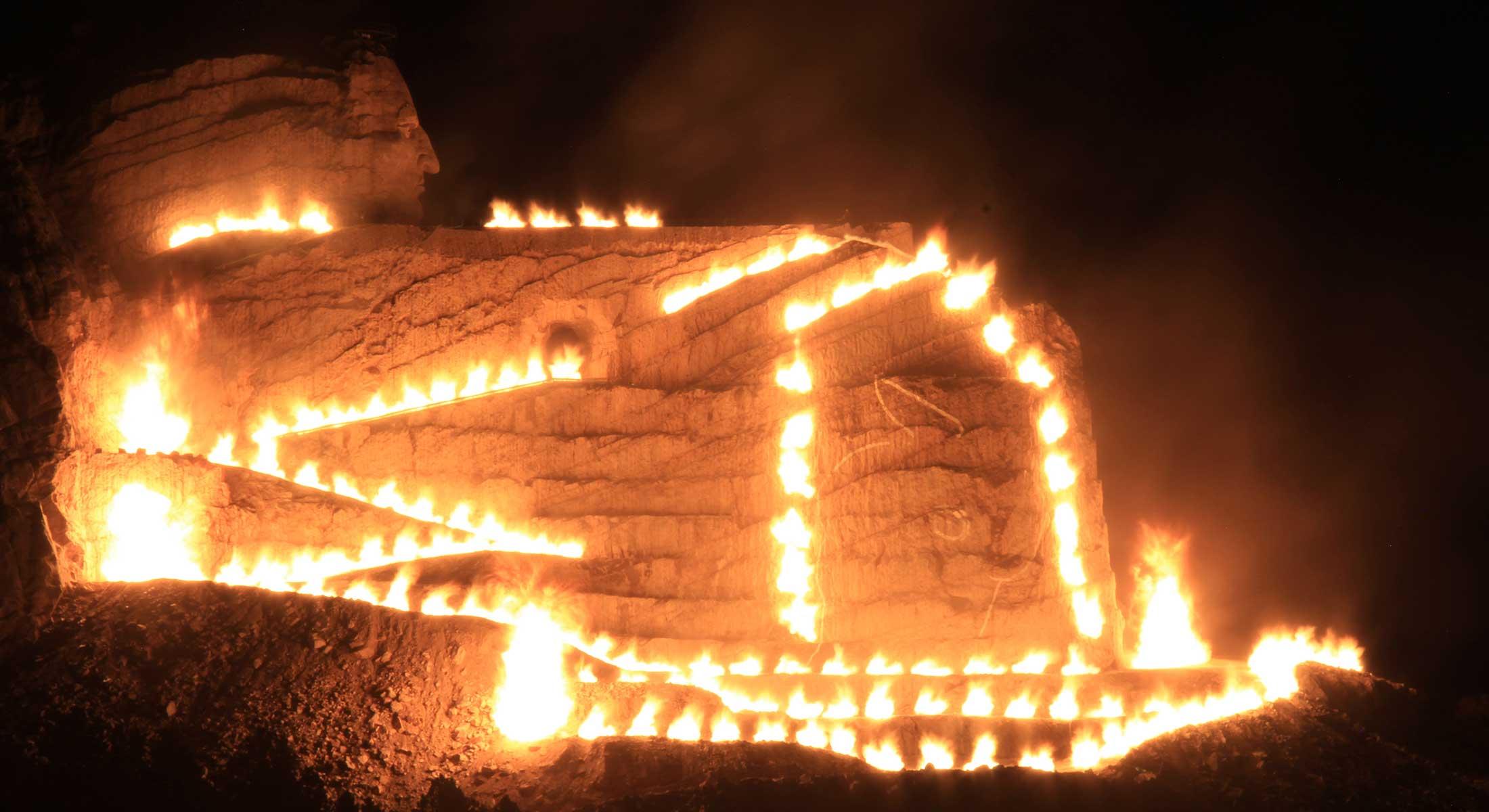 All of you pyromaniacs out there will love this twice a year night time commemorative fire blast. Fire balls and heavily curated pyrotechnics are the main focus of these events held at Crazy Horse Memorial in the Black Hills. Both nights are in honor of the late Crazy Horse, the famous sculptor Korczak Ziolkowski, and his wife Ruth, as well as the battle of Little Bighorn - Crazy Horse’s famous win over Lieutenant Custer. 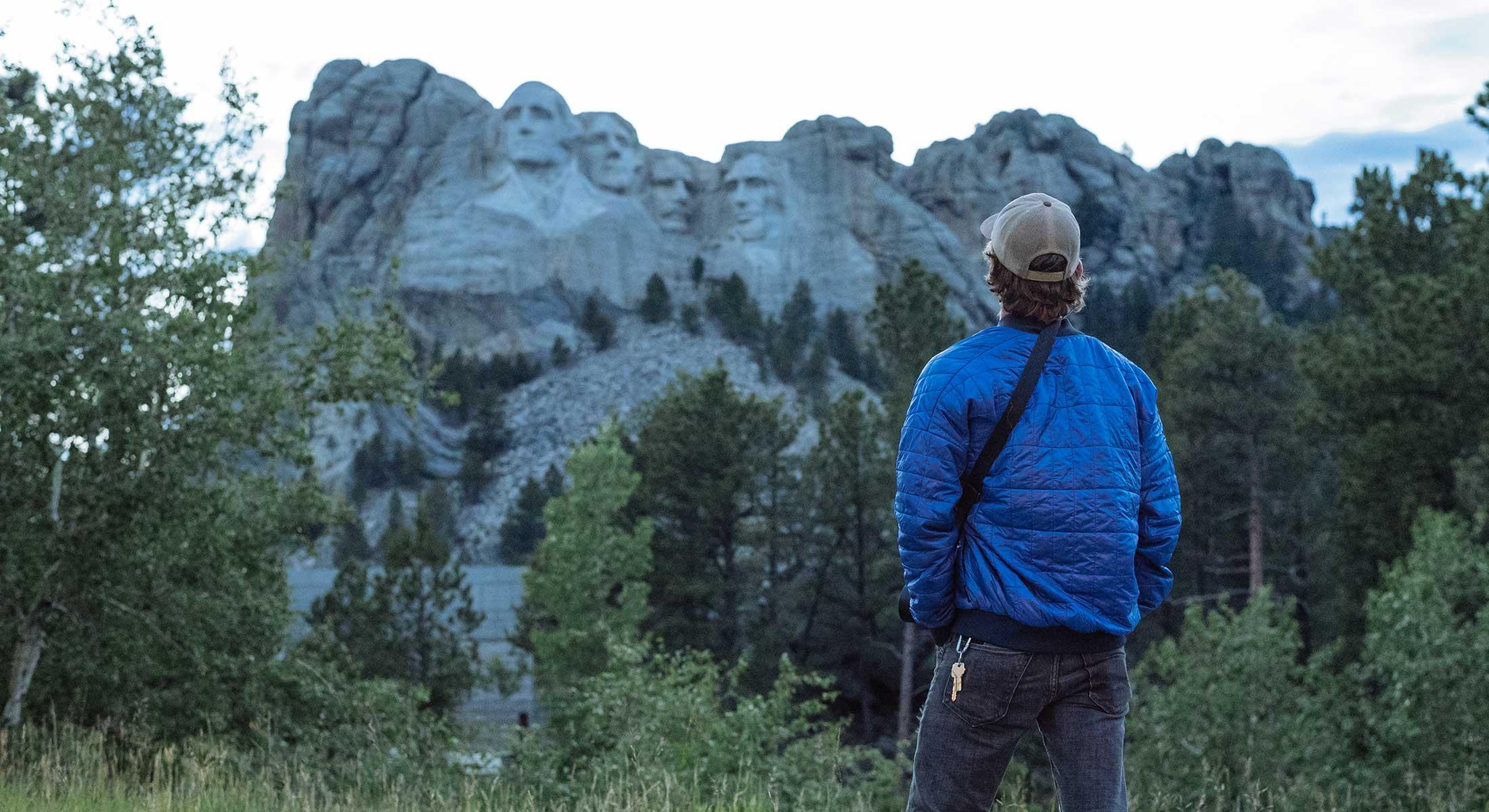 As cliché as it might be, it is also pretty darn amazing to see the presidents of yesteryear carved out of granite, roughly 60 ft tall. The project was completed in 1941 by Gutzon Borglum and originally was supposed to be a way to promote tourism to the area - a great idea still effective years later. An interactive museum features more insight into the presidents and the project itself hosts almost three million people annually. Good job, Gutzon. 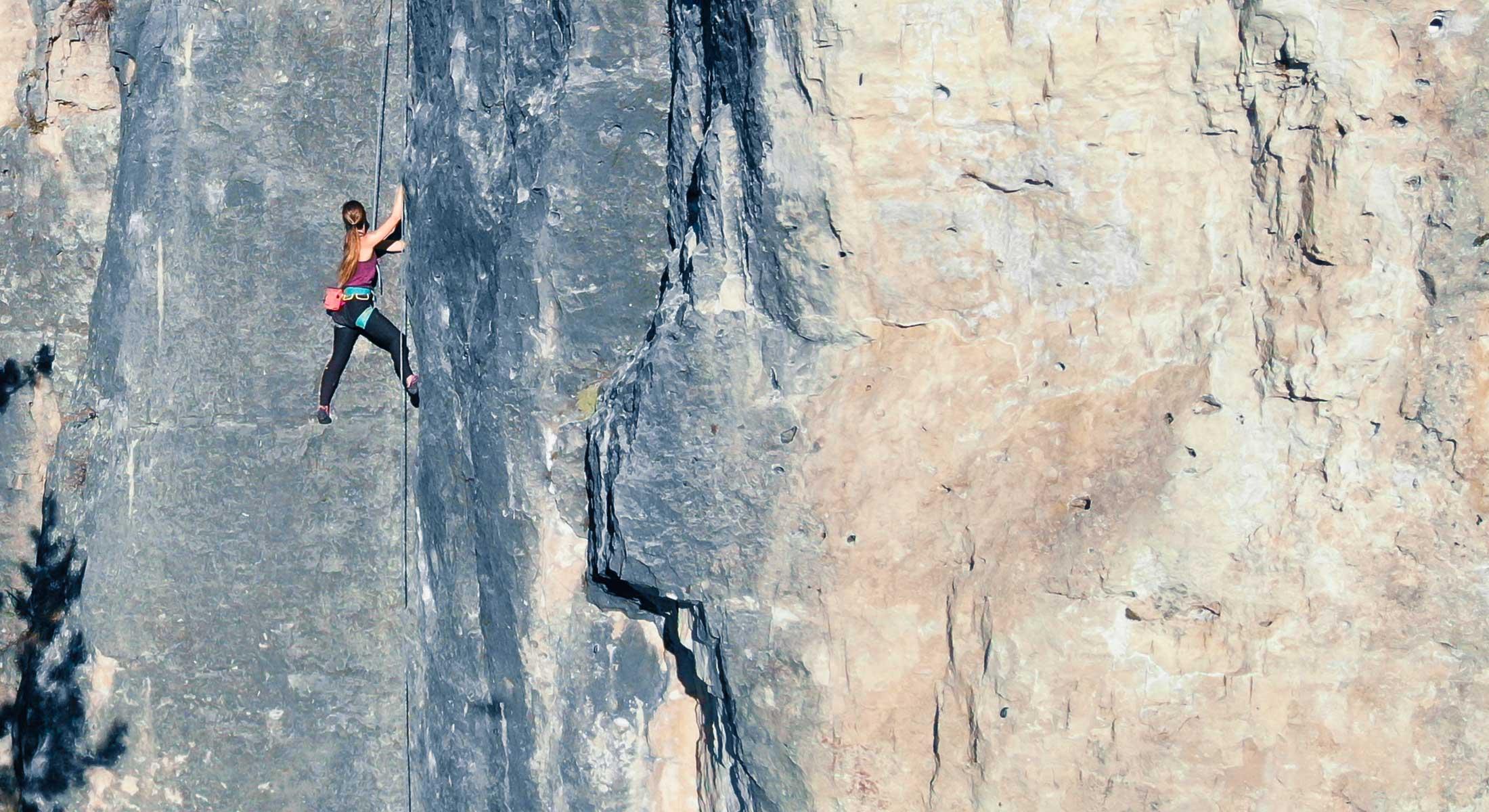 There is nothing wrong with getting your tourist on by seeing Abe and the gang, but a really great way to experience Mount Rushmore may just have to be with a good ole fashion climb. Garfield Goes to Washington is probably a classic favorite climbers come back to time and again. A varied and long trad equipped with three different pitches, left to right. Just watch out for G.W.’s granite wig. 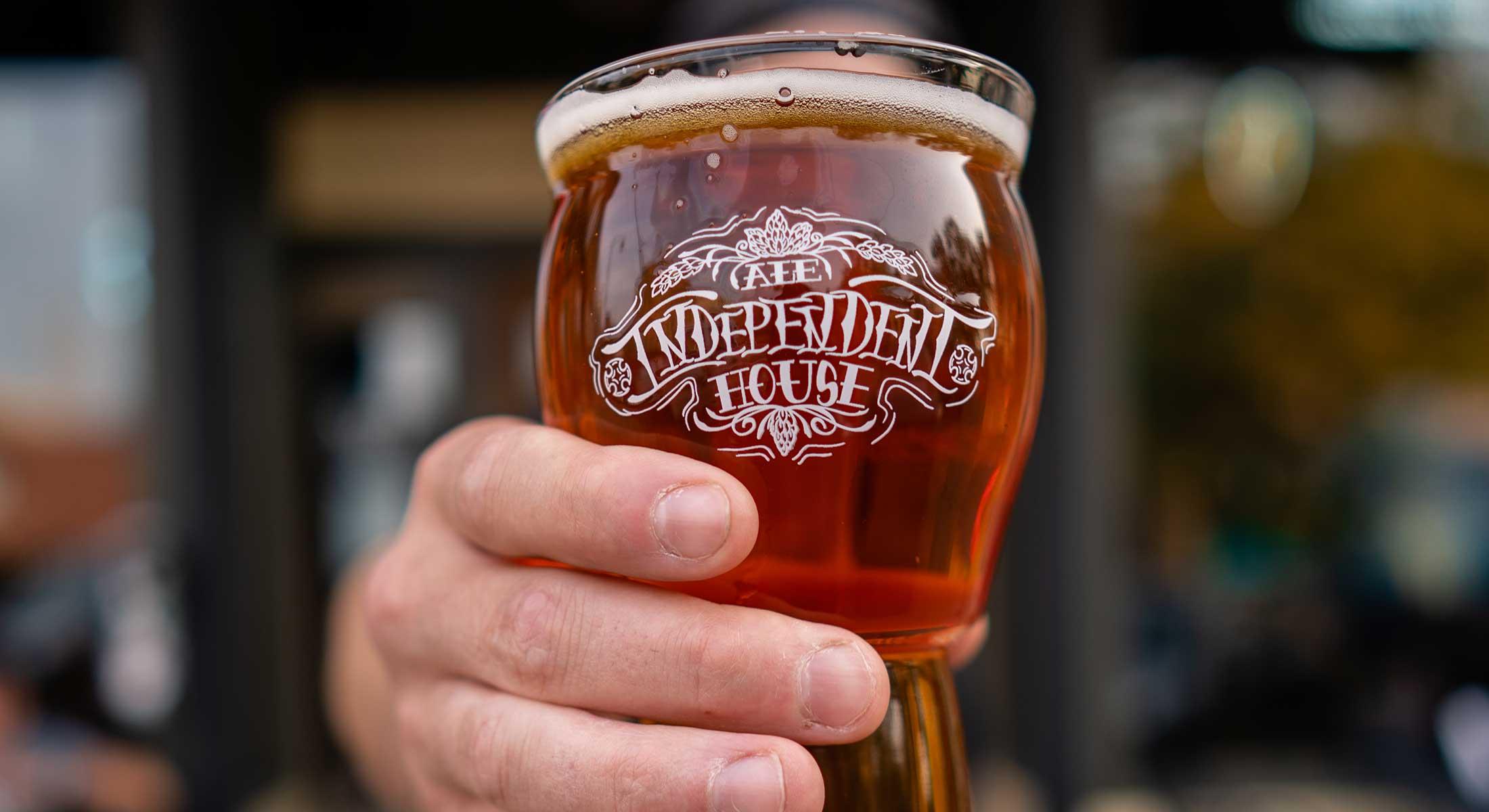 All the fresh air and picturesque views do the soul good, but then again so does a frosty pint after a long day in the wilderness of South Dakota. Rapid City is home to some local breweries including Firehouse Brewing Co., South Dakota’s oldest brewery, and Hay Camp Brewing Co. Taphouses like Independent Ale House and Pour 54 are two not to be missed with a great range of rotating taps. Bottom’s Up!

To satisfy your hanger-pains, check out Murphy’s Pub located right downtown. Playing with seasonal and local ingredients, Murphy's delivers classic pub food with inspiration from its surroundings. Try any of their dishes with Dakota Pulled Pork!